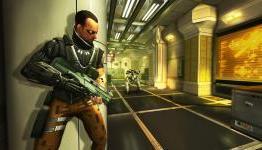 TA writes: If you read any kind of non-iOS gaming site, you'd more than likely have noticed the incredible excitement that came from the potential of a new Deus Ex game, and then the massive outcry that came when everyone discovered it was going to be an iOS game. Understandably, a bit of hesitation when you take a game that's traditionally is played on a PC or console makes the jump to virtual controls, but, as seen in this video, it's actually not that bad.

Adhttps://www.youtube.com/watch?v=EjfojxXOobE&t=463s
- Comments (3)+ Comments (3)
TopNewestOldest
The story is too old to be commented.

I never asked for this.

The Most Hardcore Android RPGs of All Time

Deus Ex: The Fall Now Available For A Reduced Price On The App Store

The Top 10 Best AAA Spin-Offs on iPad and iPhone