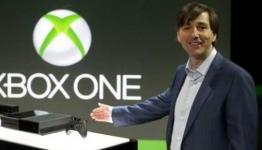 From bad to worse: How Microsoft is digging their own grave

GC writes - I’m unsure how Microsoft could have made their situation at E3 worse, but they pulled it off. A comment made by Microsoft rep Don Mattrick, recently hit the internet to overwhelming shock from Xbox fans. Responding to questions from Gametrailers, Don Mattrick addressed the concern about the console needing to connect to the internet at least once every 24 hours.

Microsoft is out of touch. It's really that simple. It's like Sony 2006 combined with pre-Saturn SEGA all rolled into one.

Other people within Microsoft, especially Ballmer, see companies like Google and Apple as a much bigger threat, and so they have no problem co-opting their own brand to "fight the bigger foe" so to speak.

Microsoft has been moving in this direction since 2008 (well, since Xbox Live Gold, actually, if you think about it).

This isn't over yet. From today until launch, Microsoft could stop putting out bad news and be quiet, and yet the real circus begins when this Frankenstein of a console gets into the hands of eager 12-year-old kids on Christmas morning and the guys who buy used copies of last-year's Call of Duty and people who live in rural areas....the outrage happening on the internet right now? This is just the pre-show. When it launches, that's when the real riot begins.

All you have to do is look at the launch of Windows 8 for proof of MS's arrogance, millions of users begged them not to remove the "start" button, but they went ahead & did it anyway.
After poor sales & backlash, they are launching Windows 8.1 with a limited functioning Start button.

Sony learned their lesson after PS3, MS have just done it twice.

good point what if it gets hacked, also does anyone know what happens if u dont check in every 24h all i know is they said "it wont work" what wont work? will the xbox just stop playing games online or what :S anyone know??

if you dont sign in once every 24 hours, you will not be able to play games. you will be able to watch tv or watch a bluray, but the gaming aspect will be disabled until you sign in again.

im thinking what will happen years into the future when/if microsoft move on from console gaming and shut their servers down, does that mean your xbox one is usless?

aw well atleast thats better than what i thought the gaming aspect as just shut down, aw...this will such if u move internet company or something thanks for the help

Will there be a special demo model sent out so it can be demo'ed offline in shops?

You won't be able to play any games on Xbox One.

That grave must be six feet deep already

Only six feet? if they dig this hole any deeper they will breach the outer core

Only the outer core? they already breached the other side of the world!

They sure as hell won't come out of it in Japan ! I can't see how they ever will sell one Xbox one over there our it should be expats importing it.

i suspect they're well on their way to a china syndrome. ^_^

Even demo discs will be locked to ur account and can't be given to friends. Hope microsoft is already decomposin in dat grave!!!

These bs articles are getting old. Why is this shocking? The console wont work without a connection. Did he say someting that wasnt true? If you cant get internet you cant play XB1. Do you think xbox fans didnt know this already? Give it a rest please. This console will sell,who sells more really doesnt matter. I walked into a gamestop yesterday to pre oreder PS4 and all XB1 preorders were sold out. We seem to think because we post on websites with like minded individuals that the majority of gamers see it our way,but they dont. The majority of gamers never visit a gaming site. Let it go, all this shit will be digital one day anyway and we'll still be gaming Microsoft just jumped the gun.

Ever﻿ wondered why they called it Xbox 1? Because it took 359 steps backwards.

That was a very good read and perfectly said. Microsoft's arrogance will ruin them.

I think that quite a few people are going to be scratching their heads when Xbox one still out sells PS4!!!

The Downside of Game Studio Acquisitions

Five Things That Will Help Xbox Dominate In 2022

What's Next For Activision Blizzard After Microsoft Purchase