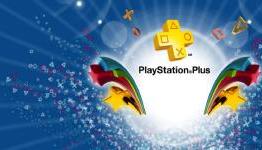 PlayStation Plus: 3 New Fixtures in the Instant Game Collection

"With E3 right around the corner, everyone here at PlayStation is putting the final touches on what’s sure to be an exciting event for gamers everywhere. Among other things, we’re excited to see PlayStation Plus continue to evolve, and we’re happy to announce the inclusion of three new PS3 Full Games."

Just Xcom and LBP karting are $80 in savings! And people still say PS+ is not worth the money

it's aaaall about games !

At this point I'm recommending PS+ to every owner of a Playstation console. It's just incredible value for your money.

so glad i signed up again last month.

I signed up last year and I'm definately extending my membership in August for another year.

Plus is the best of the best. AMAZING and combined with Vita is pure dynamite 50 games at year for only pay 50 bucks once, 1 dollar for game, insane!

And if you are PSN US and EU.... good luck, you couldn't have social life for almost 1 year!

PS Plus is a good program if you don't want to *own* the games after your membership has run out. I actually bought LBP Karting from PSN with my PS+ discount for like $7 or $8 a few months back and now I OWN it.

Overly zealous fanboys are the biggest turnoff to the Playstation brand (and anything else really) for me and I'm in the Sony camp :(

Video games are fun guys, but going out of your way to proclaim your loyalty and adoration for a company/ies who only care about getting your money is just downright sad and pathetic.

On a side note, you guys would probably love slavery.

Wow, butthurt much? I was going by the prices listed on the PS blog, if you had taken the time to check the article you would have seen it too. I didn't even include Deux Ex or Saints Row 3, according to Gamestop, those 2 games total $60. Go back to the basement to play your FPS and continue paying to play online

Why would I "pay to play an FPS online"?

Obviously you didn't even read everything I wrote, because if you had then you might have realized that I'm a PS3 guy and actually have PS+

So....read and comprehend much? I'm guessing not.

You're one weird person. It's like you're trying too hard to not be seen as a fanboy, so you say stupid stuff.

I mean, why the hell would you point to Amazon prices as a comparison? Do you think that's what Sony would do?

You failed to even read the article, and so jumped to conclusions in regards to HeavY's comment. This and other such responses mark you as the type who goes looking for fanboyism and so sees it whether it's there or not.

"You're one weird person."

"It's like you're trying too hard to not be seen as a fanboy, so you say stupid stuff."

"I mean, why the hell would you point to Amazon prices as a comparison? Do you think that's what Sony would do?"

No of course not, Sony would want to keep business over PSN for obvious financial reasons. A person with common sense though, might look around for a better deal, hence the amazon links. ;)

"You failed to even read the article, and so jumped to conclusions in regards to HeavY's comment. This and other such responses mark you as the type who goes looking for fanboyism and so sees it whether it's there or not."

You're right. I guess people referring to Sony as their "God" overtly obsessing, over analyzing, and over praising every move they make (HeavY) probably doesn't constitute fanboyism, just insanity.

Says the guy with one comment bubble left. You're funny :) Thanks for the advice.

Sony is like a father who loves his children nice

It doesn't matter. That for EU. Even though it still the same games. That news post was still for europe gamers. So just stop...

Dang! This is awesome! For me personally, Zero Escape and Gods Eater for Vita. Xcom and Uncharted 3 as well. Not to mention they said there would be more next week... I love you PS+...

PS PLUS is FANTASTIC......hope this continues on PS4

i cant see any reason it will not

Are we still debating the value of PS+? Isnt the X1 the same as PS+ but instead you buy the games and if you dont get online you lose access to them??

How can that small group of people be for that and against PS+??? Its beyond me...smh

There are people against anything PlayStation you wouldn't see them as much here as in other websites cause we be owning them left and right.

lol man, it's like 2 disagrees and even then... I'll never understand why people trip over that noise, but this deal looks nice for me, I haven't played XCOM yet, and wouldn't mind seeing what they've changed to UC3.

I already have U3 and XCOM, but that is a fantastic update for those that don't have these games already.

I used to have UC3, never got a chance ta finish the campaign though. This I'll be a great update for me assuming US gamers also get this.

well it IS on the US PS blog

As I say to everyone, download the PS+ versions and sell your retail copies so you can buy a new game :D

There are collectors who would never sell their disc copies, how do we know if we will be able to play games we have downloaded through ps+ in 10-15 years time, most likely not.

Not knocking the service as i love it but i dont feel i own the games i download through it, not going to lie ive been tempted to buy copies of games ive played on ps plus just in-case. (and because i want them in my collection too)

If you're a collector then you can download it and play the digital version and keep you disc in prime condition.

Ps plus is always delivering goods even when they are games i already own i just trade them up or give it to a friend so its a win win :)

PS+ is worth the money. Seriously. Subbed from day 1.

I just beat Uncharted 1/2. Looks like I get to finish the series. Nice.

It's just the single player

But that's fine. The multiplayer is already free 2 play and downloadable off PSN as we speak

Aww i have all them...but PS is awesome!

Can't wait! Hey anyone know if U3 has mutiplayer and if so is it worth trying out as in servers, net coding, do people still play a lot, you know that kind of stuff? thanx :)

You can get UC3 MP right now for free on PSN.

I find it odd that UC3 is single player and pay for the multiplayer. This is the first time they have ever given half of a game.

I am NOT complaining, however, as I had owned UC3 in the past so I already have the multiplayer trophies.

Now I get to not only enjoy the story again(in anticipation of The Last of Us), but I also get to platinum it.

Xcom is another game that I regretted trading in so I KNOW I'll enjoy it.

LBP Karting is a game my roommate and I always wanted to try....

Edit: I added "Karting" to LBP up there.

Good ps plus update, but I have played all of those games long ago. This is my biggest problem with ps plus. I pay to rent games I have already played. I'm sure it's worth it for some, but I'm starting to wonder if I should even bother anymore.

Maybe ill dload uc3 and pick up a few leftover trophies I guess.

Some I have and some I have not. But, we also get cloud storage, great discounts, hour long trials too.

I hear ya, but I get cloud storage and great discounts for free on steam. I want a reason for me to keep paying for it after my subscription is up, but im not sure that will happen. If people enjoy plus, thats great, but I'm having a hard time justifying my subscription.

Rugged Man is dope. Legends Never Die is one of the better rap albums i have heard in a long time.

Anyone that doesn't have PS+ go to the Virtual E3 Booth in HOME and sign up.

It keeps saying the link looks like spam.. Well you get 30 days of Plus and some dynamic themes.

My PS+ sub renewed itself last week, my own mistake for not turning off auto funding. But now I'm quite glad. Few extra games for me and lbp jarring for my daughter :-) win win lol

I have actually really been wanting LBP Karting. Score!

Every Naughty Dog Game Ranked From Worst to Best