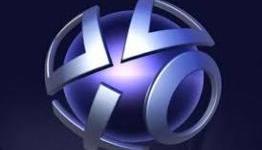 PSBlog - "New on PSN this week: The Last of Us pre-orders are live, FUSE and GRID 2 on PS3, The Warriors PS2 Classic, and more."

The Last of Us

The game is a Day 1 Digital, so they let you preorder the Season Pass along with the game.

I'm hoping it's one of those they didn't cut from final product before release, that would piss me off. However if it's "legit" extra or side quests then I'm not as upset; either way I'm still with you though.

I was concerned too, but read it again... It's not day one DLC at all. This is a Season Pass, which means you'll have access to the DLC "when" it comes out. Looks like the DLC will not be finished that soon, just that they are already working on it after the game has gone gold.

I'm still not so ok with that, I don't like DLC in general... I miss full expansion packs that were game changing and came a year or so after. Most modern DLC (and I don't say that particularly from ND) are boderline microtransactions, stuff as stupid as ONE map, ONE weapon, ONE character, while most modern sequels feels more like expansion pack at full price.

And this season passes (now I'm talking more aimed at ND) don't inspire me confidence... I mean, pay 60 bucks for a game, more 20 bucks for content you'll not receive 'till they say so... Not that I don't think they'll deliver, I'm sure they will, but still paying 80 bucks up front for 60 bucks worth of content... I don't know... But hey, I only bought premium for BF3 after the third DLC was out, so I may be a little methodical/paranoic.

But anyway, it's not like I'm forced to buy neither are they cutting content off for DLC as far as I can see, so I'll just buy the game and be done with it, no DLC for me for now, no big deal.

The content isn't finished yet and wasn't taken out of the game. It's 2 multiplayer expansions, and a story expansion.

to my knowledge, naughty dog have never sold content that was included on the disc as DLC - mostly because it's all been multiplayer-related.

i doubt very much that the SP content was cut from the core content of the game. this isn't capcom we're talking about here...

I dont care what it is!. u right! its kind of early for DLC and ADD on's. Most studios are going crazy trying to get theire $80 per game. Except for activision and COD where they want $100 plus. Bullshit

That's not entirely true. The behind the scenes videos couldn't be included in the game. Here is what one of Naughty Dog's developer had to say about it "BTS isn’t a movie. It’s very different than what you’ve seen before. It’s also BONUS content.
This isn’t stuff from actual disc or that could be on the actual disc. It’s fresh DLC." But they give this kind of BS all the time.
And we don't exactly know if the DLCs will be Day 1. Take Bioshock: Infinite for example. The season pass is available now, but the DLCs doesn't come right away, but later on.

Right. It's a DLC plan, not on-disc or day-one, with an option to buy into the hype quite early. Hopefully, the preorders keep ND a little more invested in the creation of that DLC post-release.

It's planned content, not something that was cut. You don't have to purchase it.

If they did cut stuff out of the sp ill be pissed. But since ND has never screwed there costomers with sp dlc before let's cut them some slack. They could be stand alone story missions. Think minervas den from bioshock, stand alone stuff like that would actually be awesome.

they did screwed up Uncharted's multiplayer with 3...