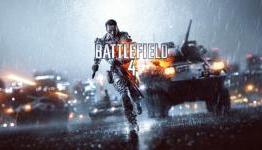 MP1st - DICE and EA have yet to announce any special editions of the upcoming FPS blockbuster, Battlefield 4, but that isn’t stopping retailers from advertising them.

Adhttps://store.steampowered.com/app/1488200/Symphony_of_War_The_Nephilim_Saga/?utm_source=n4g&utm_medium=native&utm_campaign=sow_n4g_native&utm_content=png
- Comments (0)+ Comments (0)
TopNewestOldest
The story is too old to be commented.
150°15