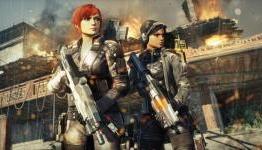 CCC says: "For some reason, Fuse has managed to fly under the radar since it was unveiled at E3 in 2011. Typically, when a title casually meanders into the market without being overhyped by its publisher, it has something to be embarrassed about. But this isn't the case with Fuse."

Adhttps://store.steampowered.com/app/1488200/Symphony_of_War_The_Nephilim_Saga/?utm_source=n4g&utm_medium=native&utm_campaign=sow_n4g_native&utm_content=png
- Comments (0)+ Comments (0)
TopNewestOldest
The story is too old to be commented.
160°5