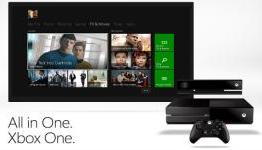 Xbox One, You Ain't That Bad

Vince from Awesome Games writes: “This is the best bad idea we have sir, by far.”

'The above quote from Argo got me thinking about the recent Xbox One reveal. The context may be different – Microsoft wasn’t charged with extracting American nationals out of Iran during the Islamic revolution – but I can imagine the leader of one of the Xbox design teams ponying up to MS Interactive Entertainment boss Don Mattrick and having to break this news.'

Its not bad, but it ain't that great either

It is bad what Microsoft is doing with the Xbox One. They trying to bring the New World Order in video games.

Yeah, yeah it is.

I mean, if we're talking GAMING CONSOLE, it's almost nonexistent at this point.

Even as a cable box or whatever, it STILL needs a cable box. AND it needs an additional accessory for HD. So it's kinda not all that good at that, either.

As a gaming console it's almost non-existent? Where do you get your facts from? They have invested a billion dollars, have 15 exclusives planned for the first year alone, 8 of which are new ip's. They already teased us with Forza 5 and Quantum Break, both exclusive titles. They already teased us with EA sports games and the new Call of Duty even though they said the press event wasn't going to focus on the games, that will come at E3.

My oh my people really want to hammer home anything negative they can. It will very much be a game console. Do you see the biggest publishers like Ubisoft, Activision and EA making such ridiculous comments? No, just those who never said anything good about the Xbox 360 and certainly won't about the Xbox One. That won't change but most consumers know very well it will have games to play.

I read people hating on it and I'm like cant wait to be able to play the next forza, rare title, black tusk title, tequila works title, kinect sports title, 343 title, remedy title and all other devs who provide a helping hand in the carving of what is to be an amazing home entertainment console. Conker 2? Banjo? KI3? C'mon y'all sleep.. Microsoft aint as stupid as you think they ate.

How fast would you buy the One is they revived BC? Could it be that due to the cloud computing it may actually be possible to make a game like that? You telling me you won't be hyped for a blinx again? Still waiting on some new info on fort nite and Ryse as well.

having a camera watching and always listening is totally not bad.

Star Wars Games Have Always Been Better than the Movies