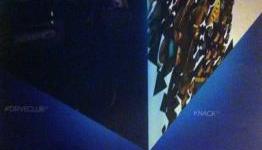 About the "Next-gen fish AI http://www.youtube.com/watc...

the fish and the dog tech is so hilarious... MS should sue Activision for such a mediocre message

Next gen fish AI is this gens giant enemy crab.

Guys let's hope Drive Club and Knack are part of the standard bundle or at least one of the ps4 bundle options.

I think either of the 4 games they showed could be bundles, and I think they will bundle different games for different regions.

I do hope DriveClub gets bundled. Could be a nice alternate to GT but the game seems to specialise in club racing and for that to work, lots of people are going to need the game.

cant wait for e3... I think sony is going to rock!

They have no true competition, they will rock E3 and every major event this year. Much love to Nintendo aswell.

Funny how Sony says limitless, everyone like it. MS says infinite power of the cloud everyone hates it.

enjoy your mediocre online experience 3 gens in a row PS4'ers

The reason people like "limitless" being said by Sony is because it implies that there will be no DRM. Of course people will like that, you'd be an idiot not to.

No one said anything about hating on Microsoft's cloud. It's a good thing they have so much cloud power. No one is disputing that's a positive point in their favor. However, they messed up big time at their reveal, so people are naturally still angry about that. Gamers wanted to see games, and they hardly got anything from that.

For your information as well, I played on Xbox Live Gold for about 2 years online. I also played on my PS3 for years online. I found both experiences just fine, with both the 360 and PS3 having hiccups at times. There was no notable difference on a variety of games I tried.

Anyone with even a slightly objective mind can understand the differing inference of each phrase.

So what is your idea of mediocre online experience? Having a reliable network with free access to play games online with friends or a multitude of complete strangers? If you used PSN maybe you would know it's not mediocre and hasn't been for *years* now. Early COD DLC and cross game chat are literally the only gaming relevant advantages Live has over PSN.

You sound like someone getting paid by Microsoft to play video games. I have owned and extensively played both 360 and PS3. 360 fell off big time in the last 2-3 years and PS3 has been pushing out great game after great game in that timeframe. Pull yourself out of the corporate glory hole.

Enjoy paying to pay, and all that good stuff youre spoonfed,.

Well, considering I typically play single player games then I could give a rats ass. When I do go online, guess what? Its free!

So, as you pay for access to internet and apps you are already paying your ISP for, and as you have kinect watching your every move I will be playing Infamous Second Son, a new Uncharted maybe pop in a new Little Big Planet for some platforming fun.

I await the hacked you tube video of you in your recliner wearing Doritios stained man panties.

Haha, Palpatine is going to get a PS4. He loves blue, and power. Be wary people! Sony is now officially confirmed to be the dark side! D:

Am the only one that is very hyped for Knack,Mark Cerny is the lead developer and he was also help create Spyro, Jak and Daxter, Crash Bandicoot and more if anyone know how to make a great platformer its this guy. Look at the gamplay at 53 seconds in the Knack trailer, it looks amazing how he explodes and you can all the bit and pieces, and also the graphics look pixar like, and knack can be as high as 30 ft tall!

I am.. but from what ive read, not that many people find it that intriguing.

Its one of my most anticipated games that they've even shown. I cant wait!

I know what you mean during the PS2 and 1 days they had so many fun 3d platformers and now instead of having all these platformers we have all these copy cat generic FPS's.

I hope sony shows more of this at E3, like a full gameplay demo because I think this has the potential to be a system seller, sony just needs to get word out their by advertising this more.

I am Super hyped for Knack and it seems Platforms like Knack still have life in the industry we all love and enjoy!

He was also a design consultant on God of War III.

He has worked on a ton of great games: http://en.wikipedia.org/wik...

I think Knack is going to be an awesome platformer!

We are not ten years old. I'm a hardcore gamer not a panzy.

I'm a hardcore gamer who's 21 years old and I find Knack intriguing. I enjoy games like Ratchet and Clank, Crash Bandicoot, Jak & Daxter, etc. You know the games that were under the watchful eye of Mark Cerny and all received critical acclaim. Just because you don't like it doesn't mean other hardcore gamers don't. Don't put us all in the same boat as you.

im a core gamer who is 40yrs old, and very much looking forward to this game.

thinking like this is the reason why the industry is becoming boring as hell, and probably lead to a videogame crash.

What's hardcore to you?

If you say Call of Duty I might shoot Negra Modelo out of my nose.

Like 10 Year old children typically are. Please don't speak for everyone hear in terms of what brings us enjoyment, there is a reason why people besides you are excited for the lighthearted platformers games like Ratchet, Crash and Knack.

im excited because its not the same old bang, bang shoot'em up we get year in, year out. i love variety in my games catalog. so im very much looking forward to this game.

this is coming from a 40 yr old man lol.

variety is the spice of life.

I'm very interested in Knack but I hope he has a lot of evolving powers to go along with his evolving shape.

Games like Super Metroid were so good because your character kept getting better and different abilities let you go back to previous areas but reach different parts of that level.

Has great potential and love the art style but need to see more at E3.

I believe in you sony

Seeing as how the console just got announced and I already want to BUY Knack, Killzone, Infamous, Witcher 3, Destiny and Dying Light on the PS4 I consider myself ready to adopt the thing. That's 6 games out of the few that were just announced.My body is ready

this is exciting time for a gamer. I wish I could watch Sony's E3 conference Live, unfortunately I will have to watch it afterward on youtube.

Why? You didn't respect his opinion.

So while you speak for everyone (which you dont), and type a condescending remark (which was wrong), and show absolutely no respect for others' interest in Knack, we must all respect you?

I hope they bundle Drive Club with the console. I think they will since they did that with the first PS3's and Motostorm.

Looking at this makes me think of getting that fresh new box PS4 is going to come in & taking it home to open.. I cant wait!

Damn I always wonder what's gonna happen to this site, when everyone realises that all the exclusives are going to be with M$ next gen.

It's been the major ace on the Sony side of things for the last few years ( new ups and exclusives), but now it looks like everything has flipped again? Will this site become ridiculously pro M$ now?

Are you smoking super crack? Kill zone, infamous, uncharted, god of war, little big planet, ratchet and clank, a rumored journey 2?? All of which might be having new installments on the ps4. You want halo and for za over all of those?

He's on some trippy sh*t

Why PlayStation 5 Isn't Launching With Knack 3