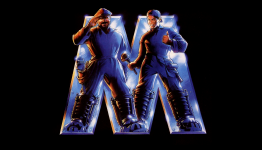 20 Videogame Movie Adaptations That Are Worse Than Super Mario Bros.

In late 2012, I forced myself to watch every videogame movie adaptation ever released theatrically in the US – all thirty-two of them – at a rate of one per week, just to say I had. It was an eight month period that continually challenged my resolve, and my sanity.

Upon the successful completion of my goal, one thing continued to mystify me: why does Super Mario Bros. continue to be considered the worst videogame movie adaptation of all time, when there are so many others that are so much worse?

Mind you, Super Mario Bros. is by no means a great movie, and the intro segement tacked on by executives is admittedly awful. But the film as a whole is undeserving of its bad reputation. Despite a troubled production, Super Mario Bros. features competent writing, competent directing, and better than competent performances – a trifecta that few other videogame adaptations can claim.

To celebrate the 20th anniversary of its theatrical release, here are twenty other theatrically-released videogame movie adaptations that are worse than Super Mario B...

Shoot, I'll say I liked Super Mario Bros. back in the day. It was nothing like the game, but it was still a pretty fun movie to watch. I even watched it again the other day for the anniversary.

As a 6 year old (pretty sure that's how old I was, I loved it :P Haven't seen it since then and never will for memory's sake.

Recently re-watched this turd and I loved every bit of this cyber-punk adventure film.

All I read is how much everyone hated working on this film but it's a classic of stinky proportions. I love it!

Super Mario Bros. was one of those "so freakin' terrible that it's actually kind of a classic" films.

They forgot about "DOA: Dead or Alive" and "Far Cry"

I think everyone wants to forget about those two.

Far Cry was terrible, but this was for movies that released in theaters. I watched Far Cry on netflix just to see what they did to it. I wish I didn't.

DOA was a delightfully insane comedy, and was incredibly enjoyable to watch. I was only disappointed that they ran out of crazy juice by the end...the island should've taken off into the sky, or turned into a giant robot, or something.

I see Doom made the list.I still mourn for the 12 people who wasted 10 bucks going to the theater to see that...Not that the others on the list were much better (or worse?)

Any of the live action Street Fighter movies (Legend of Chin Life being the worst). Oh, and Mortal Kombat: Annihilation.

ok, Resident Evil and Resident Evil: Extinction where very good zombie movies...yes, bad RE movies, but good zombie movies!!!!!
and how can u say the Pokemon movies are bad Adaptations...they are connected to the Anime, which was and still is amazing lol!!!
no.
and Mortal Kombat was JUST as good as the game when it came out, so u cant say shit on that!!!

I must be one of the few people who liked FF:SW.
Now granted as a FF movie sure it was bad. But take off the FF title and just label it 'spirits within' perhaps, then no, its not an all bad film.

One thing I will never understand is that there's this supposed "feeling" you're supposed to get when playing Final Fantasy despite all of them being completely different and not taking place in the same universe or using the same characters. The only commonality is recurring themes and monsters/animals. Both of which Spirits Within had. And what's even more ironic is that the creator of Final Fantasy (many people love to bring him in to their arguments that the newer Final Fantasies aren't as good since he's not involved with them) made that movie.

So no, I will never understand the hate for this movie.

One of the reasons I didn't like Spirits Within was because it wasn't that engaging and it didn't have that wow factor I wanted. Remember in Final Fantasy: Advent Children when Cloud is fighting Sepiroth and they're just destroying everything and Cloud is flying up the side of buildings just cutting through debris. There is nothing like that in Spirits Within.

I love this movie. Not like the game but its charming in its own way

I don't consider it a bad movie. It's a bad adaptation, but Super Mario Bros. isn't trying to be The Godfather. They wrote it like that for a reason. It's dumb and entertaining, just like the games. It has tons of (intentional) laughs.

He stated that Pokemon and Pokemon 2000 are bad movies. There is opinion and then there is just plain wrong. So, I'm giving this site a WTF/No rating.

Yeah, I honestly stopped caring about the Pokemon movies after like the 3rd or 4th one, but come on... The first one and 2000 were both really great movies.

I just read the article and I can't believe what I just read. Pokémon: The Movie was epic.

That movie is big chunk of my childhood.

I recommend not ever watching Pokemon as an adult then.

Oh please, some of those movies were actually quite decent. And why do these lists almost never mention that King of Fighters movie? That was painful to watch.

Probably because King Of Fighters wasn't released in theaters.

"Oh please, some of those movies were actually quite decent."

That's kind of the point. Super Mario Bros. is surprisingly decent for a movie so many people hate on. Too many people are basing their opinion on memories of childhood disappointment that it wasn't just like the Super Mario Bros. Super Show, or they simply haven't seen any of the truly bad videogame movies as an adult.

Watching those Pokemon movies was a huge part of my childhood. I agree with the others, but not Pokemon. There are too many good memories there.

Pokemon the Movie was awesome when I was a kid!

First Resident Evil movie was alright second was alright as well but they should have stopped after that. Laura Croft was great I liked it same with Wingcommander I liked as well lol.

The problem with Final Fantasy is it had absolutely nothing to do with the video game. So fans of the video game were turned off and everybody else didn't watch it because they thought it was a movie based on a video game.

I agree pokemon the movie i enjoyed i was young its my childhood :)

Whoever wrote this deserves to be shot. Yeah, some of these movies were bad, but not worse than SMB. Not even close.

No. Its better than a couple but not all.

I would say its about as good or better than Street Fighter. Which I would place higher than all the Boll films, but not above Tomb Raider or Resident Evil. Both of which were at least competent adaptations. Super Mario Bros. should not have existed.

Agree 0Disagree 0
▼✖-+
SPAMInappropriate
Show all comments (29)
The story is too old to be commented.
80°

Someone Made Doom Playable On Windows Notepad

30 Years On, Mortal Kombat Will Never Be Finished