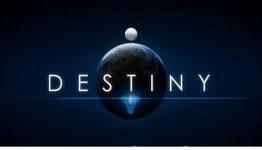 DSOGaming writes: "Umbra Software announced today that its Umbra 3 Visibility Solution middleware is available for Xbox One, and that it is being used in upcoming games such as Bungie’s Destiny and The Witcher 3: Wild Hunt from CD Projekt RED, and it has been licensed for future projects from such developers as Eidos Montreal and Remedy."

can't wait to see those side by side comparisons. lense of truth are going to have plenty to do next gen.

I can barely stand to wait to get my hands on Destiny. It just looks like such a cool experience.

Remedy doesn't even use their own engine? Wow, just wow.

It's software that is used in addition to whichever game engine they use.

BTW, using a pre-developed game engine is quite an efficient and effective way to put your game out, compared to developing everything from scratch.

Sorry, I missed the middleware part. I thought they had a quite nice engine in Alan Wake.

Umbra 3 is an impressive piece of middleware tech. It is used for s/w occlusion culling, which is where in-game renderables are culled out based on whether or not they are completely hidden behind other objects in the visible scene. If they are completely hidden, the engine can avoid doing unnecessary graphics api calls, which are quite costly, as well as to avoid doing gpu processing of geometry that will end up hidden.

As you can see, this is one particular problem within games development, and Umbra tries to be a solution to said problem - it doesn't run as a standalone, which is why it's called middleware. Nowhere in the article is it even suggested that they're referring to an engine.

So will the next generation make game development easier then the current one?

For sony, ms, and the pc platform, that x86 cpu goodness is gunna make multiplatforms buttery smooth to make.