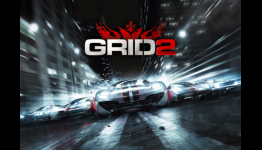 Dealspwn writes: This all points towards a game that demands some respect from the player wand will require a certain amount of practice before you can think about ragging a Pagani Zonda around the Nurburgring. But we're ok with that. We've had five years of racing games pandering to an all-encompassing audience, targeting newcomers and veterans alike. That's not to say any of those games have been bad; on the contrary, many of them have been excellent. But is this post-Dark Souls world of ours, there's something to be said for a game that grabs you by the balls and simply forces you to be better, whilst having an absolute blast. GRID 2 might end up being one off those games.

That link is just asking to not get clicked.

go directly here instead of his adclick link bs.

i already preloaded my Grid2 on steam anyway......XD

Loved the first game no in car $10 steam sale for me.

Grid 2 Is No Longer Available for Digital Purchasing

Act fast, GRID 2 is currently free on Steam for a limited time

GRID 2 is free for a limited time