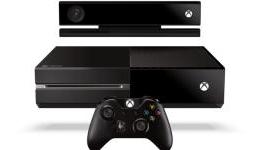 Did The Xbox One Reveal End The Console Wars?

OnlySP: As the world reacts to the Xbox One reveal we take a moment to consider what Microsoft is actually up to, why it will work, and why it may end the era of consoles which are in direct market competition.

Though the article raises a solid point, the xbox name is always going to be synonymous with gaming consoles whether MS likes it or not. at the end of the day it doesnt really matter how far away your console strays from its primary duty-- people are always going to pit your software efforts against the competitions. so long as MS attempts to make next gen software, the console war will rage on.

It did i think..Sony & Nintendo will continue moving forward with gaming offering different experiences while MS chases apple & google..

This was a good read. I understand what the article is saying about Xbox One trying to be the new Wii and separate itself from the core gamers. That means the PS4 and the WiiU would be the only two true game consoles out there. MS abandoning their core audience for a gamble at Wii-like success is a risky move imo.

Risky is relying on the core gamer. Seriously a games only machine? Didn't Sony start to find success with ps3 when they hired Kevin Butler and started with this "it only does everything campaign"?

I find it hypocritical that MS is fighting for more than just gaming and its a problem although Sony talked it up as "one" device. Look where a core gaming system is getting Nintendo. Sorry to say but Sony will struggle if they don't expand and offer more, period point blank.

I ask you this. If a tablet came out that only offered games how well will it do against apple and google?

People have been and will continue to buy consoles primarily for games. Sony struggled initially because they had a limited number of worthwhile games after launch. I bought a PS3 early and only had three games for the system during it's first 6 months. It is when they started releasing better games that their sales improved, not because they marketed the system's features.

What war? Against who? my Cable box?

You mean the cable box that you have to plug into your "One" box?

Xbox One is very much focused on the same kind of audience as PS4 - indeed they'll both have basically identical game libraries plus exclusives. Even the exclusives will be blow-for-blow, GT to Forza, Halo to Killzone and so on.

There may well be a huge difference between libraries if MS doesn't get rid of the anti-consumer nonsense. If their install base is abysmal compared to the PS4's, then we'll have the same situation as what happened in the PS2 days. The PS2 got tons of exclusive 3rd party games. Not because Sony had to bribe them, but because that where the gamers were.

P.S. GT and Forza don't compare. GT5 alone out sold the entire Forza franchise because Forza in an arcade racer at heart. So it competes with Grid and NFS. GT is one of a kind.

The install base difference won't be big enough for third parties to completely drop one platform or the other, even if one sells quicker. We all know this.

Microsoft's used game policy is most likely going to be attractive to publishers and could actually lead to more exclusive games - see the EA rumours.

lol, Forza has a better physics engine than GT5. Anyone with a decent wheel like myself who's tried both with a wheel will tell you the same. GT doesn't model tire pressure, tire width, tire temps and it has a crap clutch model. I could go on, sony fanboys make me laugh.

I'm not fond of indie games but MS will probably push out a similar offering to last gen..

war is over
ps3 outsold 360 this week

For me yes, it's now an easy choice. The xbox will sell as there are live/halo/forza addicts.

MS could not even give us free basic online multiplayer which is just one reason to say fkem.

What Microsoft is forgetting was that u could pick up a Wii for two hundred dollars new with a good game with it. The Xbox one is going to cost at least three hundred dollars. If they wanted the casual market they need a casual price and specs but now they're in a position where the TV fanatics already have TiVo and smart phones for fantasy and hardcore gamers who will be the initial adopters have a superior gaming machine 4 around the same price

Let's look at it that way. Who are the early adopters that will by a new console for 400-500 bucks at launch? Gamers that want to play games. MS gets negative reactions to the presentation because it tried to confince the non gaming audience to buy one and thats not a good approach to take when you unveal your new GAMING console.

I bet come Christmas time the PS4 will be very difficult to get while the Xbox One will be plentiful..

They ended it bc no backwards compatibility, inferior hardware, used games fees and Kinect prison.

Microsoft has a complex called Apple, the Redmond's company can't assume the huge success of its oldest rival in the last years and is trying to penetrate in new markets. But oppositely to Apple, Microsoft is trying to introduce in the market an hybrid and robust product ( TV and games) with a nocive and restrictive policy, not only for its fans, also for other providers like stores and indie developers. The new Microsoft's viewpoint very early showed that the company is going in the wrong direction, the bad reaction of the press, fans and the public media is a clearly sign that Microsoft need to fix this mess as soon as possible, because nobody would buy a console for watch TV and with abusive restrictions.

However maybe the console's war is over before it begin, because Xbox One has the worst reception of any console in the history and if Sony with a more powerfull and focused in GAMES PS4, doesn't block second hand games or force at player to stay online.

No that's stupid, they only just begun.

So far I'll be supporting PS4 though.

yes in favour of the ps4

Yup everyone converted to Sony's side now. And anyone who didn't, we don't want them in the first place.

no because I know some people would get it just because all there other friends are getting it. im one of three people at my school that has a PS3 and anytime I bring it up in a gaming conversation I get "hows your hacked internet" or "hows LBP?" (which i find odd since LBP is not the only ps3 exclusive, and its also a great game). they also talk about COD all the time so theres a correlation there. so to answer you question, no it didnt.

Microsoft is going to learn the hard way that Google is more concerned with furthering technology than a "competition".