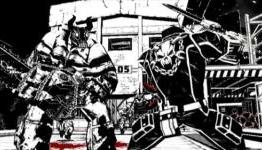 "The Wii has a great library of games including titles such as Super Mario Galaxy 2, Donkey Kong Country Returns, The Legend of Zelda: Skyward Sword, and most of Nintendo’s first-party titles. However, there are a lot of great titles that have been shrugged aside, for one reason or another, that I believe deserve a second chance."

I wonder if we will see another MadWorld type of game on the WiiU.

Who knows. Platinum Games have already done a lot on Nintendo consoles, so possibly. I personally am really hoping for a Madworld 2. The first one kind of left it open for a sequel.

Yeah true and I don't know how well that one sold but hopefully if the demand is high enough they will go ahead and do it :s.

Anarchy Reigns is something of a sequel to MadWorld. While they're not similar in gameplay, AR has things that imply it takes place after MadWorld or in another time line with similar events / people.

@admiralvic
Wasn't Jack actually in that game too?
Still, it'd be nice to have a real sequel instead of a spinoff.

A lot of people didn't like Other M, but I did.

The anger towards the game really made me angry because I thought it was a good game too, and it was a shame to see the game's sales suffer because of that anger.

Other M actually sold more than Super Metroid which is one of the more popular ones in the series. Strange world.

Other M had bad gimmicky controls and was implemented very poorly. Would be so much better with a normal controller.

posted in the wrong spot. lol

~I loved Other M I don't care what anyone says, I'll take that to the grave. :D

The other m was f'n spectacular. Loved the mix of 2d and 3d, loved the combat, loved the story, loved the game period. It could've used a normal controller though. I loved how simplified it was and how it was like an NES game with modern graphics but it was a tad clunky switching between pointing and holding the wiimote like a NES pad. Personally I'd love it to turn into a series alongside a new retro trilogy for wii-u. Maybe a new 2d title for the 3ds to highlight the 3d and please classic metroid fans.

The wii actually turned out to be one of the best consoles. Not console (lack of hd killed it IMO) but library. Metroid Prime Collection, Other M, Zelda TP/SS, Xenoblade, The Last Story, Okami, Fragile Dreams, Fire Emblem, New DKC, Pandoras Tower, and many more damn good titles. I think people will look back more fondly. They kind of got the image of a kiddie casual console but in reality that was in addition to the core games not instead of.

I agree, the library is pretty amazing. There are easily over 50 Wii games that are worth owning, maybe even more. Definitely a great console, and one of my favourites of all time.

I hope there was a Zack & Wiki sequel. That game is lots of fun.

Other M had terrible controls and terrible story. MadWorld sucked. And Secret Rings? really? That was like, Sonic 2006 for Wii.

Shattered Memories was okay, though. The atmosphere was pretty decent and their attempt at unique horror based on psycho-analysis was a neat idea.

Come on, it wasn't nearly as bad as Sonic 06, though I will agree that it's an acquired taste.

Do we really need to give a second chance to a bunch of old Wii exclusives that were never that great in the first place?

Spyborgs??? I don't think Capcom even bothered to release that in Japan. It needs a first chance!

These can be compared to those titles that are nice to have on a console, definitely not system sellers, but nice padding to round out a library.

10 Most Underrated Wii Games You Should Play