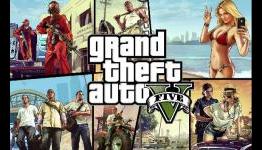 Rockstar is the greatest game developer of our time. Nobody puts as much care and love into their games as Rockstar. That's all I have to say.

I could not agree more! Ever since the first GTA game was released, I've been hyped for all GTA releases. Rockstar has never dissapointed me. I'm astonished of the amount of passion and the subtle humor one can find in most of Rockstar's other games as well.

the hype train left me a little disappointed with GTA4... but that's not their fault. Rockstar is awesome, Red Dead Redemption was amazing as well

Spaceg0st - we are the hype train! Haha, Rockstar doesn't actively promote their games until a few months prior to launch.

GTA IV is certainly open to anyone's opinion. Love it or Hate it... I've never met anyone who "kind of liked it". Personally? I played/beat the console version and then ended up with the PC version 4+ years later, still play it and capture custom replays to this day.

Still is the best execution of the Euphoria engine... and vehicle physics...

In fact, the entire industry should be embarrassed that nothing has since been released to compete with the high level of physics in GTA IV.

Nobody? Im sure there are other developers who put just as much time and care into their games, one such company known as Naughty Dog.

Because a rabid dog bit you while watching it?

Hahaha all the comments made me lol, I suppose it depends on what i was doing at the time for which type of frothing action to take place :) EDIT: Except the cancer one :s