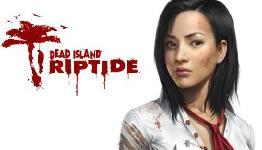 Mark goes in search of zombie-killing fun in Dead Island: Riptide, but finds little more than a frustrating mess of half-baked ideas and repetitive combat.

What a surprise
lol

First one was absolute repititve trash as well no suprise here. No idea how people liked that tedious fetchquest and repititive and poor melee combat and glitched bug ridden of a game. Awful story and characters and gameplay. I am sure only thing was coop that people liked.

Agreed the first is one of the worst games ive played this gen, repetitive, clunky, buggy, ugly, annoying I'm definitely not buying this game

Skyrim was buggy, but it's gameplay was incredible and offered different play style depending on the perk system which was far more flexible and useful than Dead Island which felt useless, it's world was far more engaging and immersive, it's story was interesting

Dead Island tried to borrow elements off games like Fallout and Borderlands , and a dash of L4D it sounds great on paper but the game just isn't pulled off with is as much finesse, the game's biggest problem is in it's execution, looking at the reviews this seems to have carried off into the sequel, talk about lazy development.

It's a shame, I liked the original for all its flaws... a 2nd one could have improved upon the formula to make something great.

Ahh well, Who do you voodoo eh?

This is a game critics will destroy and fans will love. I loved the first one even with all it's flaws. I've already completed the game once and on my second playthough on PC and this one is even better. Many of the problems the first one had, this game fixed. I have come across a few minor bugs here and there, but nothing like the original.

If you loved the first one, pick this up. If you hated or didn't like the first one, don't bother. Everything has been improved i.e revamped, but the core fundamentals are the same.

While I'm sure it's quite possibly a half baked attempt (it should have been DLC, not a $60 game full of the same glitches), I can't trust this reviewer. He's stated countless times he's more of a casual gamers playing iOS and Soccer games the majority of the time.

That said as I recall the first one didn't get great reviews either and I loved it.

The first one didn't get good reviews and I still loved it. I'll be getting this one too.

Yea, I loved the 1st too. I'll buy this one at some point. Some of my favorite games this gen aren't rated very highly and vice versa. All in all most reviews mean nothing to me.

damn this game is bombing everywhere

Hmm I dont get it.

I thought the original bombed hard enough for the series to disappear from existence.

Anyways this one prolly confirmed that.

It's because the game sold 5 million copies yeah amazing I know, when there are superior games like Dark Souls, and Ni No kuni which stuggle barely crack a 1 million.

Judging by the amount of hate on the facebook page most people felt cheated by the trailer, that would explain it.

Holy crap I thought I saw preview instead of review. Then I saw the score and immediately woke up all I can say is wow...

I already expected that.

Dead Island is a decent co-op experience nonetheless im sure fans will have alot of fun with it.

If Dead Island 2 does happen im hoping for big improvements in all aspects of the game.

Yep. It's about what you expect. It was obvious from the start that this game won't do anything special. Just a normal game and i'm ok with that..

I wouldn't expect any big improvements in dead island 2 even if it's next generation game. This is a small team. If they got a new engine their experience is limited and they will just use the easy path which is a normal thing...

I called this as soon as I saw gameplay. The original was a mess and they want to keep the same exact crap. I dont care how much fun coop is for some any game in a open world are fun with friends

Could be great for people who never bought the first game who dont mind having repetitive fetch quests...

This game is a dog's breakfast.

I kind of liked Dead Island. It was very flawed but it had a great concept and with friends, it was a guilty pleasure. Shame that it wasn't improved on though.

Look on the plus side. The game will go done in price that much sooner. The first game was a blast until all the glitchs started showing their ugly faces. Loading in a totally different part of the island after saving was game breaking as was noticing some NPC's would not load and the result was me missing out on side missions through no fault of my own.

The reviews make this seem like more of the same which means I'll wait for the eventual patches and a steep price cut. It seems like they didn't put much effort in making improvements over the first.

Agree 0Disagree 0
▼✖-+
SPAMInappropriate
Show all comments (26)
The story is too old to be commented.
90°

Looking back at 5 years of… Dead Island: Riptide

Amazon May Weekend Game Sales For 5/14