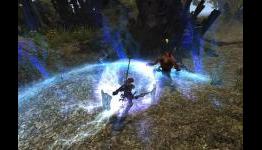 Developer Mechanist Games and fans have been working hard to get free-to-play online RPG "City of Steam" greenlit. The browser-based game with "MMO characteristics" has been working the Steam community since December, but today the developer announced that the game had officially been greenlit by players.

For those unfamiliar with Steam Greenlight it is a rather simple tool. Developers post details on the game they wish to publish on Steam. The Steam community then looks over the information on Steam Greenlight. Everyone gets to vote on whether or not they would play that game if it were available on Steam. If there is a enough support for the game, it gets greenlit and will be published on Steam in the future.