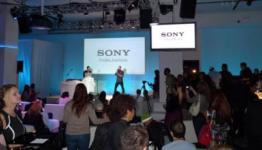 PS4 news reports are buzzing with release date, price and specs speculations about Sony’s new console. Recent reports suggest that the Japanese Conglomerate might be planning for an unveiling before the E3 at a private event.

Adhttps://store.steampowered.com/app/1488200/Symphony_of_War_The_Nephilim_Saga/?utm_source=n4g&utm_medium=native&utm_campaign=sow_n4g_native&utm_content=png
- Comments (87)+ Comments (87)
TopNewestOldest
Expand all
The story is too old to be commented.

I'm a PlayStation guy, for me the console could be horrible, but it won't stop me from getting one

A very weird thing to say...

The world stupid fanboys must live in... Really don't know whether it would be a nice place to live or not

Maybe, he was referring to the design of the console? Ever think about that?

come one and show us the goods

Sony, seems to always make some funky design to their consoles. I am expecting the same with this console. I guess I am saying, I hope they keep with tradition.

Also, the comment the other Sony exec states, it made me think, what if they allow us to plug our PS3 into our PS4 so we can utilize some of the our files. Its just a thought, don't think they would actually do it.

Sounds really interesting. I saw a ps3 plugged into another ps3 before.

Well I guess buying it would be like throwing your money out the window.....
Haha just kidding guys

I honestly think Sony should partner with Google.
Even on the vita.

Just imagine the instant improvements that would be made. I love my sony devices more than any other, but Sony is primarily a hardware company (not talking about their first party studios) and they've always been a bit behind when it comes to software. Thats the one edge I think MS has had over them. But, they had a partnership with google on a smart tv and the xperia play, why not bring it to the Ps4 and possibly vita as well?

Cuz its expensive and u lose control of ur console when another corporation is controlling the os. U also gotta pay royalty fees, Not to mention google gotta be up for it.

I do agree the idea is really good. Maybe every ps would have the google logo and when I access the psn store, it would say

Do you two realize that Google TV was co-developed by Sony, Logitech, and Intel and that it's based off Android and Chrome web Browser both of which are... Free to license. That's why pretty much every phone company out there has android devices and why Google barely makes money off of Android.

The web browser should definitely be Chrome. Wouldn't mind AndoidOS either

I think partnering with Google isn't really Sony's deal. They always have and likely always will want to control their own eco-system.

The Playstation platform is really the only place they have been able to hold that sort of grip so I doubt that will ever happen.

Sony has to be severely beaten down by MS for them to take such a desperate measure of profit sharing when they are a content holder themselves.

It would be better for Sony to try and buy up a small software company that excels in software or lure over a bunch of MS software designers.

Prehaps Google TV, considering it was co-developed by Sony.

I don't really care what the console looks like, I care about how it performs and the games.

Why isn't it the same reaction when we give our money to the great Xbox Live. A whole 4 bucks a month to give away, yet people think it's so much money.

Its not that its a lot of money, its the principle. You purchase something and half the features are locked out until you buy a subscription, sounds like a bait and switch to me, if the subscription was just to access xbox live for multiplayer purposes and such it would seem somewhat justified, but to use the built in wifi at all for netflix and stuff like that just seems wrong to be charged again to use sevices youve already paid someone for, you dont need to be using up space on thier servers to use netflix or an internt browser.

I don't think it's the cost of XBL. I think it's the principle that we HAVE to pay in order to play or do anything of worth with the system. Free online play would have made that $4 a month pill a lot easier to swallow.

Yep, thats exactly what fanboys do. They throw they money without any thought. Not my style. Not a style at all

we already know this.

You have the same avatar as my girlfriend...you must be a team Jacob fan.

More power to you for actually liking Twilight but I cannot stomach to watch those movies.

OT: I am sure Sony will deliver as they usally design some slick sexy gadgets...my only wish is that they bring back the piano black, I dont give a flying bat about finger prints or dust just give me a shiny black console Sony.

i think it would be nice to go back to that matte grey color ...

the article didn't even say if there was going to be an private event before E3. This is as bad as Square Enix coming on the stage at the PS4 event and saying they will have an anouncement for E3

lmao! you hit the nail with that but you forgot Youll tune into tgs for another announcement to wait til next E3 :-) their cycle continues

Looks like not showing the design of the console on the reveal date was a good thing, better to release more details on ps4 one by one.

A man agrees. Keeps the hype up and keeps overshadowing their competition.

That's what most people thought. Anyone who was butthurt because Sony didn't show the console in Feb was obviously shortsighted. Sony is still killing it with every announcement.

I cannot wait to see how the PS4 looks and design. Even if it looked like a box made of card board, as long as it would play PS4 games, I will still buy it!

That would be amazing, friends would ask what it is and I'd say "huh? It's just a box."

Then after you tell your friends that, an exclamation mark pops up with the sound from that certain awesome tactical espionage game :)

I expect they will mention something on 1st May and cause another hype train to depart with a cargo of Kaz gifs.

A man thinks it's Jack Tretton's turn for gifs since he does the E3 presentations. Give him a month leading up to E3 then a CEO can have the spotlight back. A man really likes Jack's E3 hosting as he knows how to work the audience and knows a company's strengths and what to emphasize. He probably refused to do Wonderbook last year which is why House presented it.

What does a woman think?

Right I wanna know too

A faceless man does not know the answer to this question. A man is not sure if there are any faceless women but that change would be...difficult.

I can't wait to see what it looks like.

...he said looking In the mirror.

I'm enjoying the information coming through in bits, rather than all at once. This way, the hype is continually building. E3 should be very revealing.

And even if they do show it some morons will still claim that all the demos were played on PCs.

Is it safe to say people shouldn't concern themselves with buying a 4K resolution HDTV until PS5 arrives in 2020/2021?

we'll have 8k Holographic tv's by then.

Well, I'll say towards the end of 2014 and into 2015 is when people will start buying them(I think Sony has a TV for 5k? Read it somewhere on here.). It will support 4K Blu-rays, so I don't see why we would wait so long just to buy 4K TVs when it will probably be mainstream way before then.

Well in terms of the absence of 4K gaming on PS4... yea I saw the price of one not bad... but should I just get it if I only really use 4K for is movies and maybe pictures... I understand there are some elite pc rigs that can run games in 4K resolution but just wondering if I should waste my time on it when PS4 releases.

Awesome but I couldn't care less if it was shaped like a turd.

It's getting bought Day 1!

I couldn't careless what the actual box looks like all I care about are the games available for it.

Kind like a woman, I would rather have a average looking woman who is a dynamo than a modelesque woman who's a cold fish.

It's all about the ride they take you on not what they look like.

I hope someone gets a picture of it see we can all see :)

I miss my original ps3 , such a beautiful console

Why, why, why did it have to break?

I hate that ugly slim(e) console

Not a fan of the latest slim or super slim. I thought the first slim was nice though. Preferred the finish.

Edit
Each to their own I guess. Not everybody loves blonds

The first slim was the ugliest design ever created. Flat and boring! I love the new look of the super slim.

My original broke 2 months after the slim came out so i have that one, sadly

a cardboard box with wires in it to cut down costs?