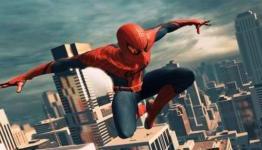 And people say the WiiU is doing fine...

THIS is what a bad console launch looks like. Is it so hard to understand why people aren't interested in buying a WiiU right now?

This is what a normal console launch looks like. Very rarely does a console have an amazing launch.

I'm not really sure what you mean by "normal console launch" because if the Wii U is breaking the longest period between game releases record, that's not normal. Record setting is not normal, whether it be positive or negative.

Why do you Nintendo fanboys keep making such apologist arguments?

Just because older console generations did worse at launch (and not all them fall under this category btw), that doesn't excuse Nintendo's lack of support or willingness to improve the Wii u's condition.

The best launch still goes to the Dreamcast. It had some of the greatest launch titles in history. As you said, consoles rarely have an amazing launch.

The only reason I would be even tempted to buy a Wii U is for Monster Hunter 3 Ultimate.

I'm not a Nintendo fanboy. I don't own a Wii U or 3DS. Vita had a terrible launch how do you explain that?

What's the vita have to do with the wiiu? I'm not sur what you expect to be said. If for comparison's sake we can say the vita is currently outselling it and developers so far seem happy to work on it. Nintendo created the hype that the wiiu will enjoy good 3rd party relations and please the core gamer which it hasn't done.

I thought Wii U on launch day was pretty darn good myself. Quite a few games to choose from that were worth the money. Price was good on the console, and there was never a shortage in supply. Can't really ask for much better than that.

The following 4 months were pretty dismal. Lego City and MH3 released the same week, but then it's back to waiting.

It's not a bad console though. Had some good times with it so far.:)

Cool...then we will get to see what a good console recovery looks like as well.

There are games that are in dev right now that are going to be system sellers.

Do people think games take like a week or 2 to make ?

PS3 actually sold approx 8 million units within it's first year. Also, to my knowledge has never moved a mere 30k units in a month's time.

Fair enough but don't forget the 600 dollar price tag, shortage of consoles at release, and the fact that it took almost 4 months until it was available for sale worldwide. Those are facts.

Despite these factors the numbers between these 2 consoles are earily similar.

@above, the PS3 at one point was actually doing relatively poor in terms of market share, of which the wiiu is doing significantly worse given the same time period.

hmm but ill bet my last dollar the Xbox 720 will do worst then the Wii u at the end of the day sales wise.

There are allot of games out for Wii U, just too many Ports of older games. Now as far as N64 I had one day one. Super Mario kept me busy getting all 120 stars and the 3D gameplay was the first of its kind, also back then there was a game called Blast Corps. I loved that game. Played for hours and hours. At least with N64 there were exclusive games and Mario was EPIC for that time.

The Wii U really needs to get some games

I'm assuming they will show off the new Smash Bros, and I will def like to see that

A Big Nintendo Direct will be announce before E3 either this month or May.

as of right now the system doesn't have that must have game i'm looking for, and until it does get that game along with a price drop i see no reason for me to pick the system up right now.

A price drop and the next xenoblade (in that order) is the only way I would even consider a wii u purchase.

The delayed games are what is frustrating for me. Anticipating certain titles, only to not get them is what hurts. Pikmin, Rayman. Hopefully they won't dissapoint when they actually do arrive.

And Nintendo isn't taking notice or action, do something god dammit. There hasn't been any news since January's Wii U direct so the next one better blow my mind like 3 MONTHS AGO.

Since when did rayman become a make or break title for the ninty fanbase?

It kills me to see the delay of a game that never moved systems all-of-a-sudden become a must have, I mean rayman seriously?

plz stop making rayman out to be some highly anticipated tripleA masterpiece thats going to solve the wii u problems.

raving rabbids didnt sale much on the wii so how is this a must have?

Within the Nintendo community Rayman became the scapegoat for Nintendo's own poor handling of software and 3rd party relations. That's the truth.

Hmmm...I'm no Nintendo fan boy by any stretch of the imagination, but I can say for me, Rayman is the reason I got the Wii U. I like the series that much...have since the first released on the PS1.

It may not be the system seller, but it does have a pretty big cult following, especially after origins released.

Rayman was never meant to be a system saver or seller, but the fact that it was exclusive to the system, along with Zombie U, made it seem Ubisoft was going to support the system heavily. The delay was more a showing that Nintendo was losing 3rd party confidence in the system.

Wow..that is a really awful record..I mean I always tell people how the Wii U has not games but I didn't realize that was actually accurate..I always though shovelware/movie tie ins would come out..Wii U really needs to step it up..don't release a console if your not going to support customers in the months afterward

Animal Crossing Through The Years: The History of Toy Day