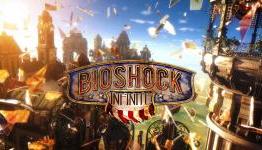 So then, I have been waiting for the day to play this amazeballs (sorry about that) title ever since I first watched the infamous 10 minute gameplay video that was posted on Xbox Live in Oct 2010. My jaw instantly hit the floor with what I had just seen I couldn't believe this was a current-gen title and at that time seemed way above what was capable of the current-gen machines, So fast forward around two and half years and it’s here, in my hand, in my disk tray and in my life. Even though the game doesn't have all the features or have quiet the same atmosphere to what was seen in the video and the subsequent 15 minute follow up gameplay video, “BioShock Infinite” is easily still one of the best and most beautiful FPS game’s I have played this generation if not EVER!!!.

Updated the grammatical errors within the article.