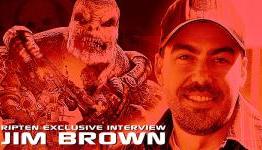 Epic Talks Gears: Judgment, Designed to be “As Accessible as Possible”

RipTen: "You always run the risk of alienating people when you alter core mechanics, and that was the focus of our recent conversation with Epic Games Lead Level Designer, Jim Brown."

I'm not the biggest Gears fan, but it's always interesting to hear insight from those involved in designing the games. Excellent interview.

I'm one of the BIGGEST Gears fans there will ever be, as are my 2 children and this interview SUCKED!

1. The site is ridiculous for giveing this game a 60. Also, every site giving Gears Judgment a 60 is ridiculous as well & should never be trusted again.

2. The main reason this game is a problem with me is the OMISSION OF HORDE MODE! And to a lesser degree, Weapon Selection moved to the Y button away from the D Pad.

3. HORDE MODE being eliminated from the game made me not buy 2 copies for co-op with my kids. Yes, I'll play same console co-op with my daughter through the campaign but my son & I want to co-op HORDE MODE for hours with his friends and I! Now, we cant!

4. The reviewer not asking why HORDE MODE was omitted means this site had VERY LITTLE reason to give this game a 60!

5. This Epic employee must be the reason for the omission of HORDE MODE as he never said anything about it.

6. After I complete this game on Insane Mode, there will be no reason to play Gears Judgment for 3 months straight as I did the HORDE MODE Gears 1 & Gears 2.

7. My HORDE MODE buddies send be invites to play HORDE all the time & all of us have Judgment!

8. SEASON PASS: will not be purchased by me & many others if there will be no HORDE MODE in it.

I am going to go out on a limb and say you like Horde Mode. The review mentions the shift out of Horde Mode and into the new Survival Mode.

"Outside of campaign (which features enough Horde Mode elements of its own) fans of Horde Mode will now have something called Survival Mode to keep them busy. This is essentially the same as the old Horde Mode but with a class based approach. You and up to four other people must decide upon either engineer, soldier, medic, or scout before taking part. You are then tasked with surviving wave after wave of Horde onslaught. Sadly, the waves cap out at ten and that left me feeling a bit cheated."

Thanks for telling me what I can and can't score a game based on my opinion simply because it doesn't line up with yours.

I gave Judgment a 6.0 because I felt the game was light in terms of multiplayer content and I did not like the changes made to the gameplay on the multiplayer side. The focus of my interview was to talk about the changes in that regard.

As mediocre as possible to grab that cash fast more like it!

Interesting. They never said that in the interview.

And I'm thankfull for that. I was getting sick of playing a shotgun feast multiplayer in the previous versions. Now I can use the lancer and not get pawned. This game is a must buy for 360 owners.

But that is what Gears is about lol. Don't know why CoD gamers want everything to be like CoD. They ruined Gears and Killzone 3 MP.

It took me 7. The length was decent, I actually wanted it to end because the campaign was atrocious IMHO. Seriously, weakest campaign I can remember playing. I have prestiged a couple times in the MP, so I'm not being a fanboy. I can't imagine anyone liking the campaign, it sucked.

It was only fun doing it on insane to get 3 stars on every mission, other than that, the campaign was pathetic, with a story so weak, it makes the Gears trilogy look like Bioshock lmao.

Does anyone else think gears 3 outclasses judgement in terms of campaign variety, story, and mp scope?

I liked judgement, but I find myself going back to gears 3 every time.

My friends and I thought the same thing, went back to Gears 3, played it for a map, thought it sucked and hoped back on Judgment.

How they never thought to make the game more balanced by giving one primary before is beyond me, and the grenade throw with the bumper is just genius in comparison to the old way.

"went back to Gears 3, played it for a map, thought it sucked"

I agree with you that Gears 3 "sucked" but it's still better than Judgement. Reviews and sales even back this up.

Gears 3 is a great game, but the online isn't balanced, and only the hardest of the hardcore stay and play it online.

I don't really get into sales or scores, if I like a game neither of those things matter to me, plus we all know you don't have an Xbox 360 and have never played a Gears game in your entire life.

If it isn't made by Sony, you don't play it, we all know you have a single master that you serve.

Judgment is more like an arcade game. Even more so than the optional mode in Gears of War 3. I'm not missing anything by not picking it up, because we already know how it ends.

Great game, definitely the hardest campaign on Insane difficulty. I'm glad they changed it up, but they made the Lancer so beastly now that everyone uses it all the time.

Hopefully they nerf that a bit in the near future.

I think it fun

Is it coincidental that the kick for "accessibility" comes at the end of the generation, juuuust before the start of the new one, and the new game has had previous features removed ("streamlining"), fewer multiplayer maps (less effort upfront, can sell more for DLC later...possibly recycled ones from the other games) and fewer skins for players and guns.

What I'm driving at is, it's a fairly blatant cash-grab game with recycled assets, less effort in general put into it due to being at the tail end of the generation, and all hidden under the guise of making an already fairly simple game, more "accessible".

wasn't like gears, since its inception was ever that comlicated, you hit "a" for almost everything and just kill stuff

Agree 0Disagree 0
▼✖-+
SPAMInappropriate
Show all comments (20)
The story is too old to be commented.
60°

Play Test for Rumbleverse starts in June for all platforms