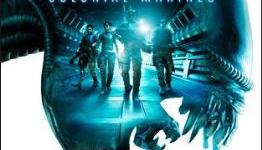 Forbes: At the PAX East Composer’s Panel, an interesting question was posed to composer Kevin Riepl: aside from Aliens: Colonial Marines, had he ever poured so much time and work into a soundtrack only to have the game suck or go largely unnoticed? When a game does as poorly as Aliens: Colonial Maries did, critically, it’s very rare that people then attempt to hunt down the soundtrack. Likewise, when a game releases to a mediocre or lukewarm fanfare, the soundtrack rarely sees publication.

Looking back to 2010 and the Hellish Good Times of Dante's Inferno - Kratos Who?

Aliens: Colonial Marines Offers Stellar Multiplayer (If You Use Mods)