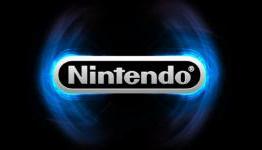 Nintendo has trademarked some interesting things in Japan:

Nymphia and Splash and Crash are new to me. I wonder what they are about.

Splash and crash is just the european name for kersploosh.

Nymphia is Sylveon's Japanese name. But someone in the comments is claiming it's spelled wrong.

...Did they trademark a letter?

I'm done with this world.

The letter U can no longer be used in competing software.

Time-out for you.
To the corner

Aside from all of the multiple new I.P. they produce each year that people pretend do not exist.

Then there is also Pikmin 3, Pokemon X/Y, Game and Wario, Wii U Party, Pokemon Scramble U, Fire Emblem Awakening and so on.

This entire rhetoric of Nintendo only being able to sell Mario, Zelda and Metroid games is ridiculous and founded on nothing but spite for Nintendo's record holding success with the characters(they've only made 3 3D zelda, 3 3D Mario's and 3 3D Metroid games in the last 12 years on their consoles).

This bitterness towards Nintendo's success is disgusting.

Some gamers are negative to Nintendo mainly because their taste in games have changed due to getting older and they think Nintendo has changed and there games suck but it is them that have changed, they need to remember that with every generation that outgrows Nintendo a new generation falls in love with Nintendo.

completely agree. just because they've "grown up" and now prefer shooters and what-not, they believe that what they loved about when they were young are now just for "kids".

i myself have changed in terms of taste in games, but i don't hate Nintendo for what they do, in fact i still play Mario games and all, coz fun is not all about shooting or breaking stuff only. fun is about enjoying the game regardless of whether it's an FPS, a platformer, and yes even a casual game.