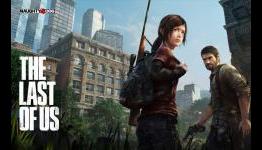 Naughty Dog comments on ‘The Last of Us’ for PS4

On Monday, March 25, Naughty Dog commented on the possibility of “The Last of Us” seeing release on the PS4.

PS3 PS4 The Last Of Us neogaf.com
Read Full Story >>

It's not really a bad idea. The game will launch a lot sooner than the PS4, so I'm pretty sure whoever wanted the game would had gotten it by that time. A summer launch for 2014 would be a nice addition to the PS4 library. Add some Director's Cut content and I'll get it for sure if they ever decide to do so.

Well, since the PS3 and the PS4 have completely different architectures, it'll be really difficult to port it over to the PS4. The problems which occur in multiplatform game porting will most likely occur here. But we all know ND. They won't release a product until it's near perfect in their eyes, so even if they don't build it from the ground up for the PS4, it'll still be top notch.

Its ND. Not capcom :') should imagine they would re-build instead of porting.

It's not a question of porting as so - cause it will be in the sense with it using the same models and so on, they won't redo the game but they will rewrite it to fit the PS4 architecture. Probably with a few added goodies, otherwise it'll be pretty much the same. It's not financially feasible to redo the game from the ground up.

I'd be okay with a straight port under the circumstances. Rather have them do that and put the time saved toward a new title or DLC.

They should focus on a sequel for the PS4. Keep TLoU on the PS3 only.

Can't see them spending time rebuilding it for ps4.... Better off making a sequel. Unless they do a HD remake style approach.

Ps3 code runs pretty easily on the ps4, you simply use the gpu instead of the spus. The cores in the gpu are a lot like spus but better they have their own cache, more bandwidth etc. which is why they went this route.

A delay may cause some problems yet if the ps4 is not going to play ps3 disk I don't want it on there. I'd rather get it on the ps4. I really hate tracking down old hardware. The ps4 could use the extra boost too.

Plus if they want to realize what they are trying to make I'd use that extra ram. I mean damn it's coming out this year why not!

I dont think anyone should expect a complete rebuilding of the game , but enhanced resolutions textures and perfs along a few extras

PS3 games are ported to the 360, which already has a different architecture from PS3.
No port is built from the ground up.

Even when a publisher tells you they have rebuilt an engine from the ground up for a new installment (like Skyrim), you can often see that's a huge hyperbole.
So the idea that they would redesign an entire game from scratch just for a port that will sell a couple millions at best given the install base of a new system... Dream on!
They didn't even bother to redo the few crappy looking film cutscenes that were done from PS2 in-engine models in the God of War HD remixes. I think that says it all.
At best, they will add a couple levels that had to be scratched from the PS3 version for lack of time, a few DLC MP maps from the PS3 version, bump a few textures and voila!

Same treatment as all consoles at the start of their life cycle its a risk free way of building some momentum,so ports with extra polish and features will happen on ps4 end of.

I hope they work on a sequel for it one the ps4 just as long as it doesn't delay uncharted 4 in any way!

Well since The Last of Us will have already been made for PS3, I don't think it would take much energy and effort to port it to the PS4 since the game's already finished by then isn't it?

Seeing the same treatment for The Last of Us (and maybe the Uncharted franchise?) would be fantastic! Same goes for God of War 3/Ascension as well.

The point of these remakes is that it takes little time or energy to do and brings in a good chunk of cash.
So they won't be sacrificing much ressources, if Naughty Dog does it in house at all.

Totally agree! A lot of people here begging to get double dipped!!

great. nd are the best developers in the entire world.

You get them on both. Then, the person in your display pic will be very happy.

lol I agree my friend

That would be awesome o_o Still getting the Ps3 version day one though.

I'd rather prefer the team at ND working on this game to get to work on a new project (which could be a sequel to Last of Us) than to spend time porting Last of Us to the PS4, and who knows how long it'll actually take to port it.

Maybe if Sony could source the same company that did the HD collections on PS3 to port the game to the PS4, then I'd definitely be fine with it. But if it's a case where Naughty Dog has to do the porting, I say No and move on to starting work on another brand new game for the PS4 than to spend unknown amounts of time and internal resources/manpower porting an upgraded version to an already great looking game on the PS3 that's already out.

Give us Uncharted 4 for the PS4!

Id rather they just got straight on to making a new game for the PS4.

Remember that this game is the result of years of optimizing and getting the best out of the ps3. The PS4 is completely different in its architecture.

It would seem more logical for them to make a follow up game to the last of us. This game will create a solid fan base for the series, which can be continued next gen.

New ps4 game plz. Either way it will equal awesome!

Will buy it on both consoles!! News made my day!

They didn't say it was coming on PS4. Or that it was even a thought. I honestly doubt it will, with the way he answered it.

TLOU on Ps4? Even more scary!! I don't know how I'll play that game...windows wide open during daytime, most likely.
I tense up when I watch demos and gameplay, lol.

My question is.....Will Sony and Naughty Dog release a digital release? Seeing as how I have to replace my bluray player.

Damn! I might have to hold off on my copy, I already decided to get only PS4 versions of PS3 games.

I wouldn't hold your breath on a PS4 port.
It was a basic shrug-off answer to a fan's question.

I'm sure TLOU will eventually be playable on the PS4 down the road... as a streamed/downloadable "PS3 Classic." ;-P

I hope it is just a digital version of the PS3 game, and not some sort of upgraded PS4 copy.

I am going to get lots of negatives for this but I don't care.

I saw this game at Sony Music's distributor in Melbourne, where PlayStation PR had come from Sydney to show me the game.

The game is a fantastic survival game, but it is going to be very hard for Sony to market. It can be the best game in the world, but it's a very slow game, and that is not an easy sell. The fact it is being released right after E3 demonstrates Sony is very unsure of its marketing plan: that is the graveyard of release periods. You do NOT release a game during that period unless you know it sucks.

If it goes to PS4 I will not be surprised in the slightest. Not even remotely. But I don't think it will.

I want a new Way of the Warrior for PS4. Been a long time since the 3DO game. Make it happen ND.

I can already see a ultra HD remake of this one on the PS4.

I broke my PS3 a few months ago by cleaning the house. I laid it on top of a counter and accidentally knocked in into the floor. It totally broke.

I really hope this comes as an online version or whatever for PS4.

Uncharted needs a rest in my opinion. Maybe in 3 years we will see a 4. There is much more to Naughty Dog, then just Uncharted.

I think The Last of US will be a refreshing take on Survival-Horror genre.

this game is gonna be a hit, just make the sequel for ps4

Am glad Sony is still supporting the ps3 and I can't wait what else they have for it. I also can't wait for the ps4 I wonder if you can connect the ps3 to the ps4 and become the ps7 lol

Didn't Naughty Dog mention that the had two teams...
What the 2nd team working on???

Probably a new IP for the PS4.

I don't see where the proof is of how much the game is. Nowhere does it mention PS4

Whatever. I preordered this game months ago, and the game looks absolutely stunning.