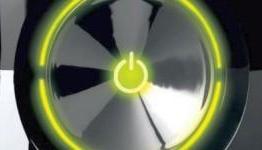 Gaming Capacity - With almost every game journalism site reporting that the Xbox ’720′ will not allow used games to be played on the console, it’s easy to start believing it. These sites however all report the exact same information with just a few of the usual tweaks to make the story seem unique, all while citing the same original source. Finding this report highly unlikely, this journalist did a little digging and asked some questions of an inside source.

In my opinion, i see no benefit at all for a publisher or console maker to block used games. DLC arrived this gen and is here to stay and blocking used games will drastically reduce their revenue from DLC. I believe online passes will become more common because it is a better option for publishers while still keeping retailers happy.

So the word of a Eidos CEO and EDGE vs a unknown website. I would believe the former before the latter.

I'd believe any other site over EDGE. EDGE is the equivalent to a turd in terms of its journalism and fact checking...

Funny that the vast majority of people on this website don't think like you, which is a shame.

The problem with this site is there is no quality control on what’s posted, if you haven't heard it from MS or Sony all you’re reading is rumours.

A gamer who spends too much time reading the articles on this site would come away knowing less than if he had read nothing at all.

Wonder if MS is setting up this conference just to dismiss most of the negative rumors currently surrounding them.

No, they will reveal what they want when they want, they cant let rumors force their hand. If you are a journalist and you cant get leaks that are typical when it comes to new consoles, you invent something to get a response. Microsoft has had top security on their next console, I think that bugs a lot of people and making false claims and starting rumors to goad a response is quite normal in the business world.

Microsoft cant react to that, because they never react to rumors or speculation.

Of course it won't.

***"With almost every game journalism site reporting that the Xbox ’720′ will not allow used games to be played on the console, it’s easy to start believing it."***

What journalism sites are reporting that? I only of blogs that are doing that.

Part of me wants to write this off as blatant trolling, but another part of me is realizes that you might actually be buying one for yourself and one for a family member or something.

Of course they wont do that. Microsoft wouldn't cut the branch under their feet.

they better not do that.

It doesn't make sense to block used games. Like what was said before there is no real benefit from it. It will result in the loss of thousands of jobs and many retailers

My favourite source is ketchup!

It's very hard to tell. I never heard of gamingcapacity.com before, but when well-informed sites like EDGE and vg247.com say xbox720 has used-game-block I believe them.

Not to rain on anyone's parade, but this same source, Jim Plowman, from the site also claims he has the inside scoop from the same source that have the full spec of the next xbox.

There was some information the source was willing to provide. The full details are below:

While no confirmation on an announcement date, E3 will be “Party Central” in the Xbox booth
-The new ’720′ will have 3x the processing speed of the current 360
-No hard release date but it looks like Holiday 2013
2 launch versions. 320 GB Arcade / 500 GB Pro. Exact pricing is unknown
-1 TB HD available as a separate purchase
-It will not include Blu-Ray
-No picture was available as prototype consoles are packaged in a 360 slim case to “avoid complications” about the design until announcement
-Tech Specs; AMD eight-core x64 1.6GHz CPU, Direct3d 11.x 8000MHz GPU, and 8GB of DDR3 RAM
-Xbox Smartglass is still a feature in use
-No word on Kinect 2.0
-No word on “Immersive” technology being implemented
http://www.gamingcapacity.c...

If the No Blu Ray drive and only 3X as powerful as the X360 were to believed, Microsoft might be in more trouble than the block used games claim. Me, I seriously think this guy is full of Sh!t. Never heard of the site and now he claimed to have inside source while other sites like IGN knows nothing? Pleazzzzz

Man if this is true their only saving grace will be price. It will most definitely be cheaper than the PS4 with those specs...and might offer a better value for gamers.

That being said I despise Microsoft and the Xbox and everything it represents. I really did think that Microsoft would pull out more tricks from their sleeves.

I'll take this with a grain of salt, after all it is just a rumor...I hope they do block used games...I hope it backfires on em'. Then Sony will just come in a clean house.

Its all BS in regards to specs. I wont settle on any rumoured specs, bs or not until we hear from MS. The only thing that I can go on is when developers like EA says that PS4 and Nextbox are true next gen and that. WiiU is not. So if the Nextbox is supposedly closer to WiiU why would devs look at it as next gen and not Wii U?

On topic- this no used games ban thing would be good for devs and publishers. That being said tho you don't want to go at it alone. As it will give Sony an advantage if they allow use games and you don't.

I hope MS comes correct man. They have the most work to do in my opinion to earn my money again next gen.

how is it we have so man insiders these days.the amount of things that these insiders bring outside is ironic to their name .maybe they should be called outsiders..these ppl are confusing the consumers and causing more harm than good on gaming
MS please announced your specs for your next gen console,the strain of rumors and speculation about it from all these INSIDERS is ruining journalism and good stuff to read on the internet

If you don't know, PS Analog was this low quality website started by a user with the same name here on N4G.(in fact he submits all the GamingCapacity articles).

PS Analog, YOU HAVE NO INSIDE SOURCES. YOUR WEBSITE IS A JOKE, STOP SPAMMING N4G WITH YOUR LAME ARTICLES.

Anyone with an interest in this used game debate should watch this video by Woodysgamertag.

It may not be true but seems to make a whole lot more sense than some of the crap on N4G...it will apparently be a tool (within the systems) for the developers / publishers to use if they choose to which would block their games from being sold on to another person after purchase.

I got sources too

"ENOUGH Microsoft" time to let the cat out the bag. Give us the skinny on the next box, ASAP!

I've had enough of anonymous sources. Now waiting for the reveal.

Ofcourse it wont block used games. It will only block good games like it did this gen :p

I thought I read an article here a while ago, where one of the Microsoft Exec said that the block used game rumor was a Playstation rumor, not Xbox. Wish I could find it here lol!!! Too many articles on this topic. Not hating on Playstation, but the rumors started with PS4 first.

The Downside of Game Studio Acquisitions

Five Things That Will Help Xbox Dominate In 2022