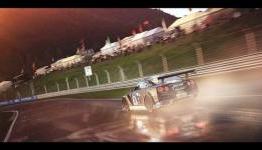 As the news spreads that Gran Turismo 6 may be headed to the PlayStation 3, sparked by SCEE Vice President Michael Denny’s recent comments, the situation is gathering more attention and investigation by larger media outlets.

IGN picked up the story last night, and managed to get a (brief) comment from a Sony spokesperson:

All a Sony rep was willing to tell us was the following: “In 2010, Kazunori Yamauchi confirmed that Polyphony Digital had commenced development for Gran Turismo 6. We look forward to sharing further details on this title in the near future.” When pressed for more information beyond that, Sony refused to give us further comment.

This was a clear opportunity for Sony to downplay or back away from Mr. Denny’s comments, but they didn’t take it.

Poor guy just gave away GT6. I mean we all knew it was coming (Obviously) but it's just reassuring to hear it's actually confirmed. Would have hoped to have launched within a year of the PS4 but oh well, GT6 on PS3 is still a must buy.

I'm not sure how reassuring it is.

GT5 took so damn long and never lived up to its promise of being a 'platform' on which the series would be built. It got some decent updates, to be sure.. but once again we have to start from scratch with a damn VW Bug, and for what? On the same hardware, what could a new title possibly offer that GT5 couldn't?

VW SambaBus on the Top Gear Test track as a special event. Don't you know the history of Gran turismo? It's all about car history and possibly being able to use a car that you own or have owned in the past. You're being ignorant.
Also, since it's going to be for the PS3, apparently, it won't be as difficult to improve upon, optimize, and add a bunch of new content. THEE first PS3 game to be put into development and it's THEE flagship title of the PlayStation brand.

Don't you think this time around it'll be different? You're basing your assumptions on one game solely? Real smart.

And why can't they improve upon, optimize and add new content to the game I already own and have invested considerable time into?

Of course I've played GT5. I've owned GT5 since the day it was released. I love GT5! I love the whole series. I even have the PSP version.

What did I say that gave any indication otherwise? I want MORE GT5. Give me updates. Give me DLC. Give me whatever they hell they want to make into GT6. What can they possibly do in GT6 that couldn't be added to GT5?

Am I talking to a wall here? I'm mystified.

I agree. There's nothing much they can do to warrant a GT6 on the SAME HARDWARE that already wasn't powerful enough to do GT5 justice!

Should have left GT6 for PS4.

We already know it will not be a release game/1st year title. Sony let DriversClub take that place. It's a new IP so they are testing the waters.

what you will get on the ps4 is gt7 prologue followed later by GT7. that should be the relative early days of the ps4.

I don't understand the logic of not making it a launch game. Europeans are batshit crazy for Gran Turismo. PS4 would eat Wii U total sales in a day in Europe.

Microsoft made the 2 racer mistake when they had Project Gotham and FM competing against each other. DriversClub got the launch window racer.

It could be a dual console release? Not impossible and would be a damn smart move.

And pit the PS4 version of GT6 against Drive Club? Doubt it. That would be like releasing Resistance 4/Shadow Fall on the same day.

Dude there is no more Resistance game coming.

Clearly I was being hypothetical to make a point.

Drive Club may yet be delayed, nothing is 100% confirmed a launch title yet.

Sorry,but I'm with logic on this one.
GT is one of sony's biggest system sellers and releasing it on the ps3(even as a dual release,unlikely since drive club has made it's bout) instead of the ps4 as exclusive is downright insane.
GT can move a vast number of ps4s' and a new IP like drive club doesn't have anywhere near that impact.
IF sony was smart they would leave the ps3 alone and focus on the ps4 mainly and the Vita.

Whoa. That's completely reasonable to think. I was thinking that if it won't/can't be a dual release (both systems), then GT7 will launch somewhere between mid-2015 to early 2016.

Of course though, I would prefer a dual console release for those that won't/can't buy a PS4. There still are people that are just now getting a PS3 for whatever reason they may have. It would be the perfect circumstance for them.

@
koehler83 + 9m ago
"And why can't they improve upon, optimize and add new content to the game I already own and have invested considerable time into?"

Oyyyyyy. Ummmmmmmm, they have. Look at the Standard cars, look how much smoother and "optimized" the gameplay looks, look at how many free cars we've been given ever since the game launched. A game developer can't add a new game within a game through updates. You know there's a fee each time that the game developer updates their game(s) once/after they release the first update to their game(s)? PD even updated GT5 Prologue for crying out loud.

And see that I didn't "Disagree" with your post about owning GT5 since day one and only wanting MOAR from PD. You're just not right about how a business, game developer, car-loving "job" works. It's like you're completely oblivious to the fact that it's more than just a game considering the many factors in the real-world that affect the way things are meant or are supposed to be done.
\

@WarThunder
The sounds? Really? After all these updates, you think the sounds are still bad? They're pretty damn good, mind you.

Every Playstation consoles have had two GT games, why stop now?

this is just dumb. ps4 is around the corner.

I don't think its dumb. Because PS3 has bigger install base and beside they started working on GT6 2 years ago...

Fix the sound and make all cars premium then i will consider reburying a ps3...

Come on Sony, make it blow my mind. Take us back 2 generations, make it so big that it needs 2 discs.

well ps3 got some power behind it.im glad cuz i was gunna phase out ps3 in my mind guess not now. Sony show the world WHAT YOU CAN DO WITH 512 MB OF MEMORY

Gran Turismo is a bona fide system seller. Couple that with the fact that the PS4 isn't backwards compatible means people have no reason to own a PS4. The Killzone series is mediocore at best and doesn't come close to the sales numbers of Halo, Gears, Fable, or any other big Microsoft exclusive.

GT5 also ran like crap. The limited RAM made the menus lag. They won't be able to take advantage of the 8GB of RAM in the PS4.

But is a awesome graphics and day/night cycle/weather changes next-gen Forza 5 arrive earlier than Ps4 GT, this not to good for Sony new console.

Well when you consider Sony has put out 2 GT games each generation it shouldn't be a surprise. GT6 on PS3 could sell upwards of 8 million copies in a relatively short time. As a launch title for the PS4 it probably would do decent numbers, but nowhere near the numbers that it would do on the PS3. It sucks that the surprise was outed in such a way, because I'm sure it probably would have been an E3 surprise.

People seem to forget that PS3 has 2-3 more yrs of it's 10 yr life span,bigg AAA exclusives will come, exclusively to PS3.