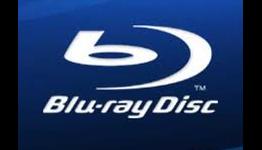 Jim Ryan states: "It is obvious, not only for games but almost every form of entertainment that is increasing sales of digital content, it has already started on the PS3 and possibly accelerate the PS4. But the primary carrier for the larger PS4 games remain Blu-ray to a point."

PS3 was the knight that made Sony emerge victorious in HD format war in 2006.

The PS3 didn't come out unscathed but now Sony are back bigger and better ;)

What? No, no they're not. They've lost a bunch of assets recently

I agree but had also hoped for quad layer support as 50GB is going to be like using DVD's for current consoles.
If 1 CoD map pack for the PS3 is around 8-10gb it's easy to envisage that size jumping to 20-30gb for the PS4. Uncharted 3 download is compressed to 43.5GB - UC4 would likely double that.

Where are the digital game kiosks where we can download games in a store?

I remember when that was being discussed back at Atari - for 8bit games and cartridges!!

It's all about storage GB! The more space the better.

To be honest, I thought this was a given. It took quite a while to establish Blu-ray because of the need for HDTV penetration to hit adequate levels. Now that it HAS, it would be rather silly to throw the baby out with the bathwater. Obviously the PS4 will be fitted with bigger capacity Blu-rays that run at a better speed, but compatibility will be there and that's what counts for people who have built a sizeable Blu-ray collection over the years.

A Sony exec recently stated that for online distribution a 4K movie could require upwards of 100gb+. With compression (a better version of which Sony are working on at the moment) I can see that levelling out at no more than 100gb. This suggests to me that the PS4 Blu-ray discs will cater for 100gbs and it also suggests to me that we may see 1tb HDDs as standard.

Following on from that thinking, it also means that the PS4 is likely to allow for external HDD storage, rather like the Wiiu. I see no other solution.

I think we can assume that PS4 will have a optical drive that supports BDXL.
Especially since the system supports 4k movie playback and Sony is pushing 4K in general.

Gives devs a lot more space also IF they require it otherwise maybe 2x BD discs (if cheaper than BDXL).

I am surprise it comes with a 50GB drive only. Considering UC3 maxid that with 45GB now, and some other games are coming close, I am surprised they aren't putting any headroom into the device. Maybe that'll change till launch (triple layer 100GB?). Might be enough at launch, but down the line and especially since they have 8GB RAM now would require a bigger medium than that in the PS3...wondering.

Of course cuz now Blu-Ray has become the Standard Disc Media. It left the DVD in the dust and crushed its competitor the HDDVD.

Now that the HDTVs has become affordable for everyone there's no way Sony was gonna ditch the Blu-Ray.

I see Microsoft choosing it too for the Xbox720. Even Nintendo has its Custom Blu-Ray for the Wii U.

After 4K become accessible for everyone the Blu-Ray will continue or we'll see a new Disc Media.

Do they have a choice? Especially if they are talking that some games will have a download size of 50+ Gigs.

[Quote] A "read only" drive can read any of the formats. They don't have a "Read Only" format for BDXL yet because there's currently no need to define that format as there is no consumer use for it yet.

Anyone ever heard of a dvd player that doesn't play burned discs.

i hope they can confirm triple layer

Didnt ms say blue ray isnt needed?. That shit came back and bit you in the ass didnt it.

Do you know How To Fool A Liar King