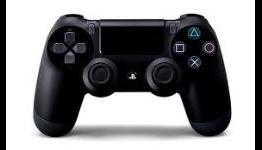 Sony: Core gamers will be well catered for on PS4

Sony Computer Entertainment has told Pocket-lint that the PS4 will "cater" for core gamers as it looks to capture those jaded with what's on offer at the moment.

Adhttps://store.steampowered.com/app/1488200/Symphony_of_War_The_Nephilim_Saga/?utm_source=n4g&utm_medium=native&utm_campaign=sow_n4g_native&utm_content=png
- Comments (56)+ Comments (56)
TopNewestOldest
Expand all
The story is too old to be commented.
2pacalypsenow3558d ago

PS4 is shaping up to be the PERFECT gaming machine. Great job from Sony's part, the rest is on us gamers.

Sony FTW! Bubbles all around+

Every new console being as expensive as they will be right out of the gate is catered to the hardcore audience, typical older with more money. Older people don't care what the console costs, and extra 1 or 2 hundred bucks is nothing, just like Cliffy B said, you need to cater to the older hardcore audience on day 1.

I've never been a Sony fan. Never hated them or even disliked them, just never liked the Dual Shock controller or load times.

I think I may be getting a PS4 though.

* Everything about it so far is awesome and everything I've heard about the new xbox is awful.

Sucks because I love the 360 and would rather get the new xbox but if the PS4 is going to be that much better I may have to make the switch.

Of course we will its why Playstation continues to be my platform of choice.

Haven't been dissappointed by one yet and I've had all their home consoles! Gotta love how they support legacy systems too. Ninokuni, sly, beyond, GoW, LoU, and puppeteer are all great exclusives coming out in ps3s final year on market and now apparently gt6 will come to it as well (luckily drive club has ps4 covered). Compare that to 360 this year or wii last year. That's right there is no comparison because only Sony supports a system like this even with a successor in the wings/out. God of war 2 came out in 07 on ps2 I remember

Killzone:SF alone sold me on it. Although Knack really caught my attention.LOve quirky games like that.

Yes, Killzone looks amazing and will have ISA and helghast campaing..great.

I feel it had a ratchet and clank feel to it. I'm excited.

and sony will be loaded with us core gamers because of this.

Excuse me, I have to take my Vitamin DUH !

I'll give you a bubble...because I understand this reference. It's not very often, that I understand some of the comments.

Playstation is all about the core gamers, and I will buy a PS4 day 1.

IMO this goes without saying. Judging by their history Sony truly does care for gamers needs but in tha same breath they're still in tha business to succeed too.

This is what I've been trying to say since the start.

While Sony is a business and obviously wants to make a profit, it's very apparent from their decision making that they also care about core gamers and genuinely want to push the industry forward.

MS on the other hand, are exclusively interested in money. They rushed out the 360, knowing it was hugely defective just to have a year of sales with no competition. They were going to have weak specs until Cliffy B showed their error. They keep charging for XBL when it has no advantage over PSN bar X game chat. They kicked their core fan base to the curb, the ones responsible for their success, while they chased that juicy casual pie with kinect, just releasing the same few exclusives. I could go on for a long time, but I won't.

Any core gamer with half a brain knows Sony will treat them well.

Tell us something we don't know.

Sounds awesome to me.
Playstation 4 looks to continue the great trend which has become the Playstation staple. Great core games!

Sony, are you trying to seduce me?

Well I'm happy, I'd love to see another Jak game. And I've been dying to get my hands on a traditional Ratchet and Clank game. On a side not "submitted by StrongMan" No surprise here, that child is a die hard Playstation fanboy, I wish the PS4 could talk, and hopefully tell StrongMan to jump off a bridge.

And this is why i don't ever regret owning the ps1, ps2 and ps3. Sony are humble and they care about their core fanbase.

I want a company that caters to my gaming needs, not force gimmicks down my throat.

Hope Sony offer a second SKU that has backward compatibility. I have 3 generation of games and I don't want to have 3 Playstation system under my T.V. As for Gaikai, I don't have that much faith, because on the PSN store there are only a few titles compared to the library I have right now.

Maybe an attachment that will let you play old games. It could feature the ibm cell and emotion engine chips of the past. It is entirely possible since the ps4 will have an auxiliary port for high speed data transfer that the new ps4 eye camera will plug into (so it's possible also for an external device for backwards compatibility to be plugged into that same port for high speed data transfer so old games run smoothly (since plugging in a usb port is just not fast enough speed).

The actual game discs themselves could still be placed in your ps4's disc drive (since its confirmed that ps4 will utilize dvd's and of course blu rays (dvd is what ps2 used, blu ray for ps3 and ps4). And finally, all of your psn games from ps3 could be stores in your ps4 harddrive, but of course that device would need to be plugged in in order to utilize ps3's IBM cell technology.

I know they wanna use Gaikai too, but theres no way they can give that away for free. Renting data centers for cloud is very expensive. So, at least a device like the one I'm imagining, would be able to let owners of ps2 and ps3 game DISCS play their old disc collection without paying for cloud (so u can also save money and play old games offline). And since the ps3 tech is there, let people redownload old ps3 psn digital games yet store them dormantly on ps4's harddrive.

And since it would have no disc drive of it's own, it can stay as a relatively sleak and small external attachment (the discs of old games would be placed in ps4 as the external drive takes over to emulate a ps2 & ps3 while utilizing it's emotion engine/cell chips).

Just an idea that I hope Sony is already considering.

Hope they read your comment, as long as it won't cost an arm and leg for it.

PlayStation has been a model of consistency.
.
With PS4 it looks like that trend will continue.

U dont have to tell us, we already know because sony has been doing it since the original playstation & they havent changed & is why I will continue to buy the next playstation because sony NEVER once ABANDONED their core audience & that is what keeps me coming back for more are those awesome new core ip's they dish out.

Didn't have to remind us Sony,, :D

This is gonna be a looooooooong wait though. Holiday season seems so far away T-T

this is excellent news! i miss my plethora of rpgs. this gen had...some. not enought to sate my gaming appetite. i will buy two ps4, day one. and flip one!

oh. i see. why not THREE playstations while im at it?

AINT NOBODY GOT TIME FOR THAT!

It'll also take you to the carnival and take you fishing.

""What I find really interesting about Drive Club is that I'll be able to invite friends to watch me play the game even if they don't own it," explained Gara

wow! which means game reviews will be more interesting in real time. a reviewer is playing the game and you are watching! in the end press share button and put the video on your YouTube account.

We didn't expect anything else form Sony...PlaySation the gamers console!

And this is why I been a Playstation fan for over a decade!!!

Do you know How To Fool A Liar King