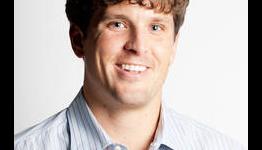 OverDog, which has current and former pro players like Hank Baskett (Philadelphia Eagles), Chris Kluwe (Minnesota Vikings), David Price (Tampa Bay Rays) and John Thorrington (DC United) on its advisory board, wants to create a platform where any athlete can connect directly with their fans by playing any video game they like. It’s one thing to meet an NBA, NFL or MLB star for a minute to get an autograph signed, it’s quite another to spend 20 minutes playing against them in a game of Madden or teaming up with them in a game of NBA 2K13. Hillenmeyer explains why now is the right time to capitalize on the eSports phenomenon and bring in real pro athletes into the game in this exclusive interview.

This seems like a cool way to interact with big name athletes.

This looks cool, there has always been a deep correlation between videogames and Pro athletes. Glad to see someone is finally making the connection between gamers and professional athletes.

I have always wanted to have a way to connect with pro athletes around the world outside of the social media norms like Facebook and Twitter. OverDog gives me that chance but with videogames and who doesn't love videogames? Who would you guys like to challenge?