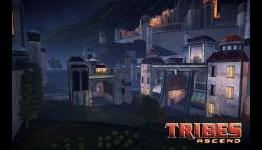 Earlier this month, Hi-Rez Studios announced a brand new one-purchase option for Tribes: Ascend. Previously, all of the content in Tribes: Ascend was available for individual purchases, allowing user to pick and choose what they wanted to equip their character with.

As the game progressed, Hi-Rez got continual feedback from the community that players wanted a single-purchase option for the game. Couple that with the game receiving numerous editorial awards and Game of the Year honors, and Hi-Rez felt that they were at the perfect place to kill two birds with one spinfusor disc; enter the Tribes: Ascend Game of the Year Edition.

FPS General recently sat down with Hi-Rez COO Todd Harris to discuss the Game of the Year Edition and more...

fpsgeneral.com
- Comments (0)+ Comments (0)
TopNewestOldest
The story is too old to be commented.
130°2

The Best Free Online Games For 2017

Hi-Rez gives Tribes: Ascend an "Out of the Blue" Update

All Starsiege and Tribes titles now free from Hi-Rez