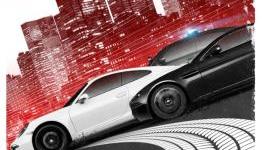 'This was Criterion's Alex Ward, the developer of a game studio that pushes gaming hardware to the brink and that hasn't made a game for Nintendo in 10 years. He was saying nothing but glowing things about the Wii U.'

Adhttps://n4g.com/General/Sponsored/arise
- Comments (27)+ Comments (27)
TopNewestOldest
Expand all
The story is too old to be commented.

Is it possible that this community actually praises Nintendo for once? (I think not)

Seems to me like galaxy 2 got a lot of love round here? or is it just me?

Not really. I'm convinced that a portion of the community loves to hate Nintendo. It's always the same people who make the exact same complaints and assessments about how bad the company and its endeavors are.

Fanboys aren't the entire community even though they're loud enough to make you think so. Just like the ones who hate in every Nint. article there's a few who show up in every PS and xbox articles too.

I can probably count the loud ones with my fingers.

But really, I cannot believe you guys bubbled DA_SHREDDER for "trolling". He's a legit Wiiu owner who likes the system but wishes it had new and better games. He has like 70,000 comment points or whatever they're called.

Well I can definitely see the potential of the Wii U controller for racing games.

I love my WiiU, I just need some games now.

I might buy this again. I have it on the Vita, Criterion are quality devs.

I was just thinking the Same thing. I love the psv version but the Wiiu version sounds interesting.

Yo, whats not to love, you feel like Paul Walker from the Fast In Furious playing these types of games : D

That true but I decided that the console game I would get before Xmas was forza horizon and I have to say I think I made the right choice that game is my racing game of the year but I do like the nfs and ide like to see what a game like this was like on the Wiiu.

It is nice to hear honest positivity about the Wii U. But aside from that this dev also talks about how people don't know how to just have fun with games anymore. It is a shame that we can settle for interactive movies over games that at their core are all about fun.

i totally agree with what they are saying, it is nice to hear from game developers whose main concern is not graphics, i cannot wait to get this game.

But it still runs at 30fps. The guy they were interviewing was such a fanboy. He was dodging questions and making every excuse in the book to try to justify low spec hardware. It was really sad to see this guy try so hard to defend a system he knows that not that great.

30fps? . if you don't mind telling me which games are BAD due to 30fps, games that actually matter, then you won't sound like a fanboy .. .

I believe mika was implying that the performance they're getting is not different from ps360 even though they mention it being a better console.

Well if it did perform better then it would actually breach their current contract with Microsoft. I'm not trolling MS either it's genuinely a part of the contract for publishing a game for their system.

you make it seem like its written in stone that the wiiu system isnt great mika, im convinced you are definitly a full fledgehater.

i can definitly drop my hope that you would stop trash talking because it aint happening.

ps also you remeber this dont you "."

The PC version wasn't even optimized to run over 30fps, and the Wii U version is a PC port so that's why it still runs at 30fps.

wow that jealous , because wii u has the best looking and best playing version? 30fps, yes i am sure you are an expert on these matters, i will beieve the person who made the game before i will some fanboy nintendo hater.

I saw the developer documentary and I could tell they were really excited about working with the Wii U. I hooe this is a turning point for the console. Two Japanese console superpowers taking down the POS Microsoft together

Need for speed on Nintendo's wiiU

1. Need for Speed made for two people in the same room to play together. = no annoying split screen

2.Change the game from night to day = neat, but will it really matter?

3. This version of Need for Speed for the wiiU can even be presented entirely on the screen of the GamePad controller. The GamePad player can play on their own while someone else is using the TV. = BEING ABLE TO PLAY FACING ANY DIRECTION IN ANY SPOT IN THE HOUSE IS RIDICULOUSLY RAD.

wiiu is legitimately the only true next generation system if you base next gen on uniqueness and offerent things that wasnt being done last generation....its too bad nintendo need to hurry up with the games

If praise is due, then fair enough, but when it's coming from one of the few third party devs that are just about to release a game on that platform, then it's not exactly time to stop the presses.