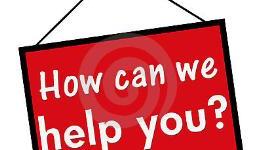 Could PS4 announcement be good for Wii U?

A latest set of reported Wii U figures show that Nintendo is still struggling to get its new console into the hands of significant numbers of gamers. Stats created by US market research group NPD show that, in America, Nintendo managed to shift fewer than 100,000 units in January. So how could the PS4 help the Wii U?

Adhttps://store.steampowered.com/app/1488200/Symphony_of_War_The_Nephilim_Saga/?utm_source=n4g&utm_medium=native&utm_campaign=sow_n4g_native&utm_content=png
- Comments (43)+ Comments (43)
TopNewestOldest
Expand all
The story is too old to be commented.
Dylila3572d ago

As in shooting a wounded animal to prevent further suffering.

Then yes, the PS4 will be good for the WiiU

so much hate for nintendo my goodness. more power more power... lol thats all people say when talkin about nintendonysoft. ps4/720 gonna be so much more powerful. dudes if you want that much power don't buy wii u, don't buy ps4, don't buy 720, don't buy anything but a top end pc/laptop. if "power" is the deciding factor in your purchase. you don't kno if ps720 will have better or more games but your pretty sure they'll have "more power" and ur sold on that alone. lol then make certain you get more power and go pc. more on topic... the announcment of the ps4 and xbox will actually do wii u some. they'll get a ton of free publicity. "how will ninendos wii u fare against 'insert other next gen name here'?". also imo the difference in graphics won't be a vast as most are expecting on top of devs not getting any less lazy. ps3/xbox360= (ps2/xbox)5, but nextgen=currentgen+2 none the less i cant wait.

Pc are good but the biggest con for them are,the hardware is never use to it's fullest potential.

Oh come on, thats bs. Even if a PC uses 70% of its potential that is still way more than anything a console can do after 2 years its been out. Half Life 2 with a powerful GPU and turned to ultra max with HD settings still looks better than most console games to day (fact), and that game came out in 04.

That only with stronger GPU's,if a console had a comparable card than the console version would probably look better or have better performance because,it's not being held back by drivers or non standard parts,a good example I believe are tech demos,they give a representation of what the system could possibly achieve,there are a couple that Sony showed with the ps3 that became games but not so many from nvidia or amd.

The WII U lacks games at least Sony and Microsoft gets exclusives. and dude DUHHHHHHHH get a pc if you want awesome specs your comment was irrelevant to this subject.

oh boy, read the WHOLE comment plz, you see that statement that reads "more on topic" inferring knowledge of digression? yeah and ummmmm ps4/xbox720 have NO games announced for their next venture so like i said we don't know if they'll have better or more games.

ha haa . sony announcing the ps4 way ahead of schedule because of nintendo . . . ha haa Haaaa . im still gonna get a ps4 . what a life!

I think it's trying to communicate.

Uh...no. If anything it makes people think twice before buying a Wii U. Sales will decrease.

I don't think the success or the failure of the Wii U hinges on what Sony will do this generation. Nintendo is, once again, targeting a different market than the PlayStation is. If Nintendo wants to sell the Wii U, they need to drop the price and get Mario and Zelda on that thing ASAP.

I agree 100%, except maybe the price drop... Sure, it could mean more sales, but I dont think it would be such a relevant factor as them getting there AAA games out there soon.

Don't know... It's good for me though, since I get to play both!

Spoken like a true gamer,I tip my hat to you sir !

Wii U was dead before it started.

If I was Nintendo I would do several drastic things immediately:

1) Get rid of that stupid Wii U name, its confusing the casual gamers. There is no rule that says you can't change the name of a console.
2) Get rid of the white version Wii U,it doesn't sell for shit. And drop the deluxe to 300$. Yea you'll sell at a lose initially but many companies do that. But at least that will get sells going a bit.
3) Fire your freaking marketing team, I have never seen a worse marketed major console. No commercials, no advertisements, what the F gives???
4) Obviously more games. Bring on the xenoblades, Zelda, Star Fox, etc...

Nintendo does this they would have a much easier life.

That sounds like it would help, but I don't think they need to change the name. They just need better advertising.

Those are very constructive ideas, the name change would be the best choice in my eyes, call it super Wii, or Wii 2, i disagree about the commercials though as I've seen the same one many times where a bunch of people in cube homes? And shows one kid throws ninja stars from the gamepad to the tv using touch, but it is a confusing commercial, I see them when I'm watching cartoons with my Neice. She thought it was an iPad add on for the Wii

I'm sure it would be good for Nintendo, it would force them to drop the price sooner than later. ;)

I think games would be good for nintendo. If the ps3 and xbox360 didnt have games they would not sell. Same goes for the ps4.

The WII U was a bad idea from the start the BIG Controller, The specs, the exclusives, the whole concept just stank. WII U will be dead within 2 years. I know it will they should of just waited. But again I always hated Nintendo so I hope the company crashes. from there horrible mistakes.

Wii U is practically dead already. Bayonetta 2 exclusive to Wii U oh really lol. B2 will go multiplatform after the dysmal sales of Wii U.