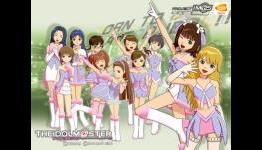 "The [email protected] game for Xbox 360, PSP and the arcade. So I’m going to half-ass explain what this game is to all you bastards. Basically, it’s Tamagotchi, but you play as a producer who works for a production studio and you have to help prospective pop idols make it big. This game is very Japanese and is predominantly played by men. These games also have never been released in the United States, which I hate, because who are they to say what we’ll buy? It’s like those assholes at Nintendo of America saying that no one would play Fatal Frame on the Wii! I’d buy it on day one!" - Matt Papayanopolus of Geekenstein.com

I actually have heard of this game, and I have seen some of the anime too.

Sure, Why Not Add An [email protected] Costume To God Eater 2

New [email protected] Project to Be Announced in 'Late March'