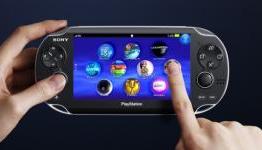 Oddworld: ‘Performance Was The Biggest Challenge’ In Bringing Stranger’s Wrath HD To The PS Vita

"Sony’s consoles and handhelds have always been under the scanner as far as game development is concerned. Their systems are powerful but we all know that they are difficult to develop for. Although, some developers, specifically Sony’s first party developers like Naughty Dog have pushed the system to it’s limits and have seen amazing results in the form of the Uncharted franchise."

They did a fantastic job, im totally loving this game on my psvita.

I think it works well, but it's a last gen game. It doesn't push the hardware at all. Abe's New and Tasty will be a good challenge.

Well, it's a last gen game, but the HD version was ported from PS3, which is more powerful. It really was a challenge to port a PS3 game to a weaker device but without losing the quality.

And the game indeed looks good on a VITA, but the framerate could be higher at some places. Especially the last boss fights - there were some significant drops.

This just goes to show all HD remakes need to go to Vita.

One is a 3D game the other is side scroller. I don't get how you think New N' Tasty will push the hardware more than a full fledged 3D game that no doubt uses more resources than Abe's Odyssey ever would.

I know they are reworking the entire game for the most part but still..

I can't wait for New N' Tasty by the way but I am worried because the more I read they are changing too much it seems.

For instance sligs no longer explode into meat chunks anymore.. I really hope they don't dumb it down because of all this violence advocating bull crap going on.

I just want the same Abe's Odyssey but better not different.

"He was also a bit critical about the Vita’s rear touch panel, believing that not too many people use it.

“Well, we worked on a couple of different things for that, like rope climbing, rowing the boat, punching and binocular zooming. However we’ve found that a lot of people just don’t like the rear touch pad, so we’re adding in an alternate control that negates its usage at all,” he said."

I think I never played this game om Xbox but didnt it used the full control setup of xbox? So isnt the rear touch pad replaces those missing buttons on Vita?

Front touchpad could do the same. Especially if they have onscreen icons that indicate certain actions on the front touchpad

Not really, there are three free D-Pad buttons in the VITA version so rear touch pad is not necessary at all

Much more comfortable to use the rear touchpad. You can still move and use the analog stick while touching it which is a huge bonus for more fluent gameplay.

Jet Pack Joyride is a good example, I didn't like playing it on phones because you always had your hand on the screen which makes it hella hard to see whats coming when the game starts getting fast, with using the rear touch it helps a great deal and just feels better than using the front touch also.

Wait, they said that creating games for Vita was difficult? I know the PS3 was hard to develop for but the Vita? Before the Vita released I saw so many articles on this site about how developers were praising Sony for making the Vita very easy to develop games for....I just don't get it...some say it's difficult while others say it easy. I guess that's how we distinguish the b rated from the a class developers. Not that Just add water isn't good. They just don't make enough games to fully get the hang of the hardware I guess.

Because of the PS3 Sony is now known for hard to develop system but actually if you read further all they say is that they spend all the time for optimizing.
The difficulty is to port a PS3 game to the Vita because of the hardware limitations of the Vita system.
That's probably why it's easier to port a game from the 3DS to the Vita (see LEGO games...)

No , He said porting a ps3 game to the vita is hard. Infact it's impossible to port the top end 360 and ps3 games to ps vita. The PS vita is a ridiculously powerfull Handheld. But the Key word is HANDHELD. If you honestly think the Fanless CPU in the Vita can keep up with a Cell broadband for example You're crazy.

Vita is amazing , But to get ps3 games on it you would have to remove all kinds of elements until the point where it looks maybe half as good as the original ps3 game. NFSMW is a good example , it looks very similar to the ps3 game but there is a LOT of elements of the ps3 version missing.

Vita is awesome , but in terms of overall performance it's about half of a ps3. Which is awesome!

i think it's Quad Core..

Only three of the four cores are available to use for games though.. for now anyway.

the PSVita has a Quad Core Arm Cortex A9 TSV 3D stacked CPU with a Quad Core SGX543MP4+ GPU System on a chip.

example with extra enhancement's the PSVita's GPU is the very same GPU that is inside of the :

The iPad 3 features a new SoC, the A5X

THE BENCHMARKS FOR SUCH GPU IS RIGHT HERE: http://www.tomshardware.com...

"Only three of the four cores are available to use for games though.. for now anyway."

I get a disagree? what is the reason? what i stated is 100% fact's , I would love to see the explanation from the person who disagreed with the fact's i posted what they would have to say.

I am not saying you cannot disagree , I am just wondering why the disagree and would like to see the reason.

bro i don't even disagree it..
someone else does...

i know about the CPU..
but the game and sony-tech will be different from ipad... :)

cause it a powerfull handheld...

thanks for pure detail about CPU

i really appreciate it.. ^^

bro i don't even disagree it..
someone else does... I was not saying you did, lol i was just interested in what the person who disagreed with me, and what they were saying why they disagreed with me.

in this case, there is more in common than you may think, there is a slight difference, but for the most part they are identical! the reason being both chipsets are Arm Cortex design, they both are using Arm Holding's chipset's. Sony tweaked it some but for the most part they are nearly identical, the GPU's aside from the slight modded SGX543MP4 sony's Has a "+" which gives it more shader Ops/sec over the ipad 3. combined with having to push less resolution. and the PSVita having more dedicated Video Ram for the GPU than the iPad 3. the GPU's are the same. its is like you stated the sony tech which makes it outside of the one the iPad 3 uses.

thanks i have a more in depth review by chipworks on the chips of the PSVita. its very interesting in my opinion.

It's not a vita problem, i'm guessing where they are porting the PS3 VERSION over, Your going from a 3ghz machine, to a lower spec, even though it has quad.

Obviously if this is the first attempt at a vita game, you must build an engine for VITA.

You must get a medal! Bubble

The world needs more Oddworld! Not everyone here knows it but those games are fun.

Oddworld Collection to be released for Switch