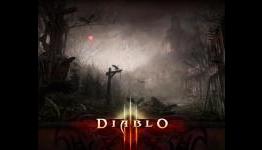 Most Disappointing Game of 2012 | gamrReview

gamrReview: "We had high hopes for all of these games. Not only did they fail to meet our expectations, in some cases they have almost destroyed the reputation for excellence that the franchises of which they are a part of had."

RE6: The most disappointing video game I have ever played in 2012.RE6 is lousy as Survival Horror, is disastrous as shooter. And as a game is not worth a penny. Future installments will not buy unless they have the quality of the first and return to Survival Horror.

Diablo 3 was Blizzard doing things differently to secure all the money they could make from Diablo 3 and YES it ticked off Diablo fans.

Also Blizzard wanted to uphold the integrity of Diablo 3 and the auction House blah blah blah. So yes DIII is a bit of an unwelcome change but not totally a disappointment say like....

WarZ which is utter Garbage and a Total SCAM!!!!

also Diablo III sold like 12 million units so NO WAY it could be that disappointing.

Dont try to defend Diablo 3, it is just a sh!tty game. Even if it sold 12 millions copies, people realized that it sucked so theres far from 12 millions playing the game right now.