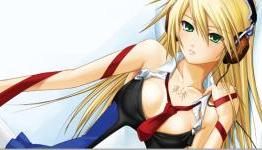 Originally launched in 2008, BlazBlue: Calamity Trigger set the scene for a franchise that would compete with some of the biggest games on the beat-‘em-up circuit. Having already been made available as a Games for Windows – LIVE release, BlazBlue: Calamity Trigger is now available to download from the Windows 8 Store an as Xbox enabled title, and to celebrate the launch Arc System Works has made the videogame available at a special reduced price for a limited time.

Old, there won't be CS,CP nor P4A for pc so why bother?

BlazBlue And Guilty Gear Games Are On Sale For Xbox 360