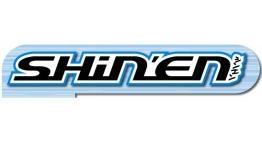 Developer Interview: Shin'en Multimedia on the First Days of the Wii U eShop

Shin'en Multimedia is a developer likely to be well-known to Nintendo download enthusiasts, with the company having made multiple appearances on Wii and 3DS, in particular. Some of its releases, such as Jett Rocket and Art of Balance TOUCH!, have been among the best titles on WiiWare and the 3DS eShop, respectively, while the small team arguably hit a peak in combining graphical prowess with enjoyable gameplay with North American 3DS retail release Nano Assault.

With Nano Assault Neo being a launch title on the Wii U eShop, Nintendo Life speaks to Shin'en's Manfred Linzner about the developer's early experiences with the platform.

Downloaded this 2 days ago. Very fun wish it was a bit longer

every developer is loving the wiiu and haters are still talking that nonsense over no third party support..

The poor Japanese still don't have any games or demos on their eShop. Nintendo released the Wii U last in Japan too. Nintendo really isn't showing them much love for some reason.

DICE: Battlefield 2042 Squad Management Incoming, "Can't Say" If Other Maps Are Getting Reworked