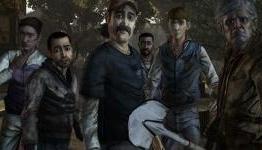 Many of us have had our fill of Telltale’s supreme The Walking Dead game already, having downloaded and played all 5 episodes during their release periods. Now all is left to have friends play the game to experience it for themselves, and luckily, just in time, Telltale has released a retail version of The Walking Dead, unfortunately, it might not be that easy.

GamingUnwrapped staff member, Karras Lambert, reports that the retail version of The Walking Dead is a “buggy unplayable mess”, reporting extreme slowdown and even frequent freezing. Curiously, we conducted more research and discovered that the Telltale support forums are ablaze with angry fans complaining of a faulty product, some even demanding a recall of the game.

gamingunwrapped.com
Retail version of The Walking Dead is a technical messonlysp.comBreadcrab

Guess what I won't be buying. The first 10 messages I read on the Telltale forum were all about how broken the game was. What makes it worse is they delayed the game but apparently they didn't fix anything. Better still that the game is just as broken on both the PS3 and 360. Try to figure that one out?

this is bizarre to me. I played the pc version episode by episode and never crashed or glitched or lagged once. Not sure what changed in the full retail.

I'very recently bought ep.3 (ya I'm behind) and have encountered a glitch on the train where I can't prime engine. Restarted checkpoint, restarted chapter, restarted episode. And it never fixed itself. Then somehow I started the WHOLE game over to the beginning of ep. 1. Took two days to get back to the train... it was still glitched out. I really enjoyed the game so far, but I've become so frustrated...

That's an official glitch that I have seen happen before on a live stream.

so is it a disk retail problem then? if that's the case i'll buy the digital version instead

Think so, I've played through the digital version and didn't have any issues.

cool thanks for clearing that up

If the Xbox Live Xmas sales is anything to go by, I think TWD 1-5 are all on sale some time this Christmas so I think i'll get on board with this newly crowned game of the year.

Just got my retail copy today haven't played it yet but if true wtf Telltale I would of stuck with the digital version.

VGA game studio of the year everyone what a joke.

so? they rated based on digital version(which i didn't have any problem with) not like VGA can see the future.

Even so, Telltale didn't deserve studio of the year. Not based on how they handled the digital copy. There communication with their fans was terrible through out and they didn't fix the problems people were having with choices not transferring over to following episodes, glitching, issues with scenery, characters talking out of sync, problems with sound,etc.(Though I personally didn't experience many issues, I won't dick ride and ignorantly defend Telltale)I loved the game and love the walking dead franchise but this doesn't cloud my judgement. Some people were so biased and swept away through the buzz of the game and the show that they would have nominated the game for every award available. The VGA award winners are mostly determined by votes (public's votes). That's why games like COD often win because they have more support from fanboys. TWD has a huge fan base, people love the show and follow the comics. The game wasn't really being judged as a game since the technical issues were never a factor. The game won over our hearts with it's story and lovable characters.

Telltale have already won the award I wouldn't expect any retail disc game fixes anytime soon. But on the bright side if you have the digital version which most of us waited so long to get, we can always play and enjoy that as opposed to spending additional money just for packaging.

That is why I don't get the "Studio of the Year" award. Their tech/patch support generally sucks.

This is sad news. I played digital version and didn't have any problems, so it will be too bad if people miss this one because of a botched disc version.

How exactly does something like this happen? The episodes are already done and dusted and played by numerous people on all 3 platforms....so how the heck do they mess up slapping it onto disc and shipping it? That's truly bizarre.

I played the digital version on my PS3, and its was buggy as hell. Especially the ending of episode 2 ***spoiler alert*** When you have to walk in the house and get that crazy woman to let go of that girl as she backs up the stairs.***end spoiler*** I don't remember how many people had that problem but it was a lot. Amazing game though; it was my GOTY until I played Far Cry 3. In my opinion Far Cry 3 got snubbed. They need to start waiting until the end of the year before they hand out rewards.

I played the PS3 download and encountered one bug that made me reload once.

Think it might have something to do with the digital version being fully installed on your hard drive instead of read off a disk? I could imagine slow down then.

But actual game play glitches that weren't present in the digital version? Insane.

How much does all 5 episodes takes from the HDD? Does anyone knows that?

too bad. this game was really good and i'm actually planning on getting it but i guess after all the negative statements maybe buying this one isn't a good idea until maybe when they fix it with some updates

I don't understand why anyone would want to own 2 copies of the same game. If you have the digital copy you can still play the episodes back to back. your basically paying money for the packaging. You could download free walking dead art work of the internet. I read that someone wanted the retail version so much they ordered it from abroad then complained about it being region locked. They couldn't play the disc version and they were outraged, meanwhile their playable digital copy is available for them to play at any time. I guess some people have more money than they know what to do with.

Weird, just got done with a session. Other than the main menu for me, there was no lag or glitching