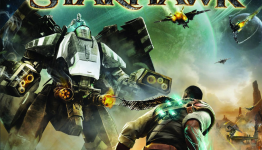 In the latest issue of Play UK worldwide sales data for 19 exclusives released for the PS3 have been published.

A clearer picture would be handy

I don't think these are a 100% accurate, because they probably aren't including digital copies at all.

Thanks! Bubble to you, sir.

I remember quite a while back talking about the very subject of digital distribution and how it could open the door for erroneous interpretation. The more popular digital distribution gets, the more likely it is that hard figures are not going to represent the overall picture. I think LBPVita is a prime example. I frequent a LBP site and nearly 60% of the people there (including myself) bought the digital version. So when you see retail sales, it in no way reflects the true sales figures.

Agreed, just look at starhawks numbers a little over 100k? even some of the worst ps3 exclusives have done better then hat and starhawk is an awesome game... I received the single player campaign for free because of playstation plus and I will probably be buying the multiplayer via Digital Download and chances are there are alot of people who fall under that..

You would think that digital sales would be easier to track. I mean im sure sony has a counter as to how much each game has sold.

But i guess those numbers stays under wraps which is strange. Hopefully they become more open about it in the future and not just say what is on top of the charts.

Games like Warhawk were sold digitally as well. That's how me and my friends got it.

Some pretty impressive numbers there, good to see.

Gran Turismo 5 has done 8 million, not including Prologue. Simply unheard of for a racing Sim.

Polyphony should be proud.

Unheard of? Did you just get introduced to the Gran Turismo series?

No, GT1 was the first I played years ago. Still got the Dodge viper saved on my old memory card. And corvette.

I was simply saying that in a day and age where the biggest games are usually FPS, for a Racing Sim to d those numbers is quite outstanding.

These numbers look like they've been taken off vgchartz lol

Crazy how Infamous 2 sold so little, one of the best games this gen.

It must be because they changed the shape of his head?

You may have a point: if they changed Marcus Phenix into Captain Quark, people might-a get pissed a little.

Resistance 3 sales are a tragedy. Deserves to sell far more. My favourite FPS

Not only Res3 but Starhawk :C It didnt sell too well and now LBI is loosing most of its employees.

Hopefully the digital MP only version got more sales.

LBI didn't listen to the Warhawk fans; they listened to a bunch of random people in the Beta who never intended to buy the game. If they just ported Warhawk's gameplay into Starhawk and added the extra space stuff and build and battle instead of changing the fighter plane and put a bunch of boosts in it, nearly 100% of the Warhawk fans would have bought it. I wanted this game to do that, but it didn't, so I didn't buy it. I really wanted this game to succeed, and I may still buy it, but they turned it into some perk-reliant multiplayer clone instead of the perfectly-balanced skill-dependent game Warhawk was.

R3 didn't do well because of these key points (I own this one, btw);

5. No Hale. It just went funky when you take the main character out for good.

4. The hopeless in R3; You don't even know if there's an army left on earth; wait, you do: with 90% of the human population gone (if correct), it's an eventuality that humans will be eradicated in that scenario.

2. No 8 player co-op; WTFudge, I still play that every once in a while.

1. Going from 40 (r1) to 60 (r2) to what, 8 players in R3? Really? No co-op was bad enough, but to greatly reduce the number of players to slightly improve the graphics in the multiplayer was bonkers-stupid.

R3 still has the best (by far) gun play of any shooter I've ever played.

True, why would a publication use undertracked estimates from vgchartz instead of going straight to the corporate sources? Konami's financial reports have MGS4 higher, even Nintendo posted higher numbers for PS3 games in their analysis earlier this year.

Can someone please point out where it says that numbers were sourced from vgchartz?

@Dalek
You can tell when you crosscheck, they're the same right down to the decimal.

GOW3 for example is undertracked by a whopping 700,000, as it's already passed 5 million. Sony released official sales numbers for the entire GOW saga this past June http://www.siliconera.com/2... . Why vgchartz and PLAY UK see fit to ignore that and make up their own stats instead, eludes me.

Well what are your sources for up to date numbers?

from left to right.

A couple could be wrong and 2 missing. someone must be able to fill them in.

The last one on the far right is Yakuza 4.
The 3rd from the left looks like Ico and Shadow HD but not sure.
Left of inFamous 2 doesn't look like inFamous 1.. .could be wrong though.

HAHAHA I was lolling at the thought of those people seeing this chart. Proved them wrong BIG time.

PS3 games do sell very well, and I knew that. But this chart is even more than I expected, and it is quite possibly under-tracking the amount when compared to publishers numbers. Amazing.

I have bought all but a few of those listed.

VGchartz numbers are usually decent with an exception here and there. GOW3 is at at least 5M for example.

Gamasutra won't use them. Wired won't use them. Microsoft openly mocked the accuracy of their figures and no one in the industry relies on these figures, and why should they? Even VGChartz doesn't stand behind their data.

Right in their terms of use it states:
"We do not guarantee the accuracy, the integrity, or the quality of the content on our sites, and you may not rely on any of this content."

And what do you expect? It's a fan run site from a guy who won't reveal his sources, his sample size, his methodology, etc. They've even freely admitted to Gamasutra that MGS4 numbers for Europe were completely fabricated. Occasionally they go back when official data is revealed, or when NPD numbers come out and they make adjustments which make them look semi-credible, but having followed them for years, they're always off. Sometimes it's as little as 10%, sometimes with software they'll be off by 100%, but at the end of the day you just can't rely on any figures from these guys.

No I wouldn't... I've never liked PLAY and their writers.

(from left to right in units of millions)

Uncharted does crazy numbers. Very happy to see Heavy Rain did so good.

Hopefully Beyond does great as well. Bubbles for Helpful.

thank you. And yeh I'm also quite surprised with the Yakuza numbers. Have to believe the majority of that is from Japan though! love those games :D

The guy who wrote it is obviously an Xbox fanboy he didn't list the biggest ps3 exclusive Gran Turismo 5 sold 8millon and God of War 3 sold 5.2million. i wonder if Microsoft has anything to do with this.

Really? The guy who works for a playstation magazine is an xbox fanboy? Get your tinfoil hat here folks, this guys giving 'em away!

Hmm, if they're gonna show sale numbers for some PS3 exclusives, shouldn't they've put Gran Turismo 5 on here, which (according to this article) sold 7 million (as of December 2011)?

The sales for GT5 are so high they wouldn't fit in the graph. Instead they had to write it in text that just over 7 million copies were sold.

A more clearer graph would have been nice.

A lot of other games are missing, such as the White Knight franchise and Atelier games, among others.

Sony isn't generating enough excitement for its exclusives, at lot of worse games have sold much more. Honestly, Sony could learn a great deal from MS marketing department.

8 Yakuza games coming to PlayStation Plus in 2022, starting this month