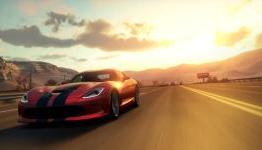 MTV Multiplayer - "Forza Horizon" is the result of bringing together some of the UK's greatest racing game developers. Talent from Codemasters, Bizarre Creations, Black Rock Studios and several others come together under the Playground Games umbrella, utilizing the undeniably satisfying resources of "Forza 4" and Microsoft's bottomless pit of wallet to create an open-world racing megastorm unlike any other. The experience is simply breathtaking.

multiplayerblog.mtv.com
- Comments (0)+ Comments (0)
TopNewestOldest
The story is too old to be commented.
150°7

10 of the best racing games of all-time