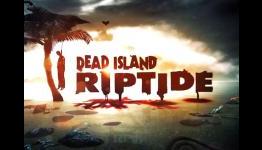 Developer Techland’s hit Dead Island is getting a follow up. Despite technically being a role playing game, it gained fans as one of the best shooter games for Xbox, PS3 and PC this past year, although it did have some issues. Luckily, Techland patched up the problems and learned from their troubles, promising Riptide to be a much smoother experience, as well as a once again worthy contender in the competitive market of first person shooter games for Xbox 360, PS3 and PC.

ludos-mundi.com
- Comments (0)+ Comments (0)
TopNewestOldest
The story is too old to be commented.
90°

Looking back at 5 years of… Dead Island: Riptide

Amazon May Weekend Game Sales For 5/14