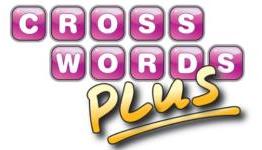 The Gaming Vault: "In 2008, Nintendo released a low profile little title for the Nintendo DS released Crosswords DS, or CrossworDS. It was a fun little game with a budget price and a lot of content in the way of crosswords, word searches, and anagrams. It wasn’t a huge seller, but critical reception was good and people who did buy it certainly had a lot of fun, myself included.

Four years later, Nintendo has released Crosswords Plus for the Nintendo 3DS, hoping to follow in the footsteps of the original. Does it live up to the first underdog title? Yes and no, but mostly yes."

thegamingvault.com
- Comments (1)+ Comments (1)
TopNewestOldest
The story is too old to be commented.

might have to pick this up for a long trip, but i'm typically the one DRIVING on long trips, so i don't even know if this is a viable thing

Great Games to Soothe the Stress Away