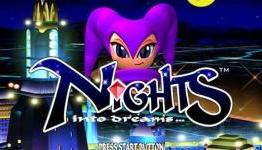 NiGHTS into Dreams HD is a beloved title that originally came out for the SEGA Saturn back in 1996 (and ported to the PS2 in Japan only in 2008). The game not only brought us a new controller that introduced a joystick to the Saturn family, but also garnered quite the following. There’s simply nothing like it on the gaming market, which might be the reason why it never became the established franchise SEGA wanted it to be. As of lately, however, SEGA has been doing a great job bringing the nostalgia back to older gamers. With Jet Set Radio HD, Sonic Adventure 2 HD, and now, NiGHTS into Dreams HD, they’ve really been catering to a certain audience.

psnfans.com
- Comments (0)+ Comments (0)
TopNewestOldest
The story is too old to be commented.
100°2

6 Video Game Characters That Are as Cute as Baby Yoda

Are the free Xbox Games With Gold titles for November 2017 any good?