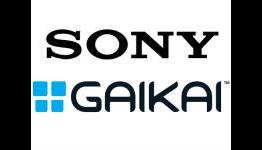 How Gaikai and PlayStation Home Will Change Gaming Forever

Microsoft is banking on Xbox Live and Kinect as their game changer; Nintendo is counting on the Wii U GamePad and Nintendo TVii's social aspect as their 1-2 punch. But it seems as though Sony already has all the pieces of the puzzle and it's now just a matter of putting them together.

gamer-rider.com
- Comments (23)+ Comments (23)
TopNewestOldest
Expand all
The story is too old to be commented.

Nice read, but some possibilities were overlooked. You mention HOME on the Vita, which I believe will come in the not too distant future, and as you say, through Gaikai. But what about Vita/PS3 integration? What about walking around HOME on your PS3 using your Vita as a controller. It could be used for chatting, typing, snapping pictures of your friends -- to hang on your apartment wall -- and menu access.

HOME is somewhat clunky, as you rightly point out. But, does it have to be? With Gaikai you would no longer need the HOME App on your hard drive. It could sit there merrily on the servers, utilise a PS3 cluster that enabled it to run smoothly, without load times, and be streamed straight onto your PS3 or Vita. This would allow for seamless integration between the Vita and the PS3 too. Expanding HOME would just be a matter of upgrading it server side and it could be done without a single load time.

Moving HOME wouldn't be so stressful either... (see what I did there?) Gaikai is appearing on many platforms from TVs to Laptops to mobile phones, so why not take HOME there too? In this way, HOME could be just as valuable to Sony as PSMobile.

Funny you mention that, just yesterday I tried to see if I could use my Vita as a keyboard in home, so that would definitely be a welcomed addition.

And I think the somewhat clunky aspect is a major hurdle for Home right now, it makes it feel as though its lacking something. And no it definitely doesn't have to be, which is why I'm wondering if Gaikai can actually improve on that aspect in anyway.

Imagine you check your friend's list and see that your buddy is playing uncharted, you hope into home and go to his appartment and catch a live stream of it, and if he needs help, you just hop in seamlessly in co-op mode... The only thing is that he's on a PS3, you're on the Vita. One can dream right, lol

There is nothing about this yet, why people is talking about changing gaming forever IF there is nothing even announced, some people hype things out of proportion with no reason.

Interesting comment and article CV3. The idea of streaming live via PSHome to your friends is quite a fantastical one, but maybe not far off. I love watching people play games, I know I would use that.

Next generatoion would need to be able to watch live streams of others playing.

@sikbeta
It's just everyones expectations of something, like how some people are talking about the next xbox or PS4 specs.

Though its easy to see where active streaming would make something like Home into a seamless experience. Including all types of game interaction.

Will users have to be pay for it is the question.

No, it would still be free. HOME makes money from it's micro-transactions, so putting it on more devices would mean more money for Sony, and if it was all streamed from a central cluster (or even a beefed up PC), Access would be exactly the same for everyone at no extra cost to Sony. The only real technicality would be making sure that all the content people had bought from the 'installed' version was there for that user when they switched to the cloud version... but I can't see much of a problem there because the content would be linked to your username anyway.

Like I said, expanding HOME would be easy too. Let's say that one day you enter HOME square and a blue door appears. You walk to the blue door, turn the handle and shove (no load times, no delay). Immediately you are presented with another world to explore... an MMO for instance. This is the possibility of Gaikai and why it's the biggest thing since the invention of the console.

Loading is rather speedy for me, but I have 12GB cache enabled. Beauty of being able to put a $100 1TB drive in :)

i got speedy load times too. about 15 seconds and i got my original 60gb hdd in my console. maybe its because im using a wired connection, or maybe its that verizon fios

Cloud gaming is definitely a wave of the future, but the infrastructure still seems a ways off from it being accepted as a mainstream way to game right now. Being so reliant upon broadband ISP providers is what will either hinder or help this growth, especially here in the states. Where throttling and data caps seems to be plaguing multi-media efforts in direct digital entertainment. Netflix is one thing, but we kind of eat the quality of the video streaming services, in favor of ease of use and on demand features. What would cloud gaming be like right now if this is anything to go by? I'm not so sure that many people are even comfortable with the idea of having to be connected to the web just to game. Online play is one thing, but what if my internet having problems and I just wanna pass some time away and can't. Now I'm not saying that this is the direction that Sony is going in, but I can see one of the major players releasing a digital only box in the not so distant future here...

Do you know how many people use home on a daily basis?
About 3 millions.
Not bad for something that STILL EXIST

I'm just saying that if it has improved that much from the last time I was there, then Sony should really advertise their product more.

I was thinking the same, but this was a well wrote article. Has me interested now.

The problem I have with Gaikai as it pertains to the Vita is that I find my mind going to all the great things that might be possible but could very well never come to pass. I guess Remote Play is the best analogy here. The promise of remote play was always far greater than what it could actually do, despite how Sony hyped the functionality. And in this case, Sony hasn't even promised any connection between the Vita and this new service (which actually is the right thing to do; Sony tends to over promise a lot, so I give them credit here for being relatively silent about the future of the service). As a result, I find myself feeling guarded about the possibility. Tell me when you have something in place and promote what it does, not what it might be able to do someday. Maybe this way, I'll actually be happily surprised if an announcement comes, and not disappointed that the reality didn't match my dreams.

Wow, never looked at it this way. Using Gaikai would really benefit home, the loading times are very long but with gaikai and home, loading would be a thing of the past. And if they have home on ps vita, I'l probably start using home again!

If Playstation Home is their "trump-card" for next gen, I'll probably switch over to Xbox.

you shall not get a bubble sir

Hallelujah an article that has nothing to do with Sony losing the plot or needing to leave the console industry.
Amen, praise Jezeus.

Gaikai will be a good for certain things. I will continue to buy downloadable/physical copies of most games though.