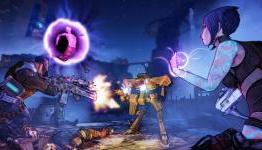 We have a bit of a loot problem.

It’s hard to admit it, I know, but if you think about how often games implement a loot system and how frequently players take to hoarding piles of the stuff, you’ll realize it’s true. I’m definitely one of those people. It is easy for us to become obsessed with collecting things in games, not just loot-driven games, so it’s clear why loot is so prominent in some of the year’s biggest releases. This is not the loot problem I am referring to though. This problem stems from games that give you too much and, as a result, potentially ruin an otherwise-good experience.

Ugh...I have so much to say about this topic.

I love the game for both the game-play, the story and the loot.

I would take Torchlight 2 and Borderlands 2 loot over Diablo 3, because that trash still doesn't accept the fact that it isn't an MMO and it was built around the Auction House, although convenient it shouldn't affect anything whatsoever. I wish gear was as interesting as it is in that game as it is in both TL2 and BL2.

"This problem stems from games that give you too much and, as a result, potentially ruin an otherwise-good experience."

"OHGOD!!TOO MUCH LOOT!!" when is or will it ever be a bad thing? especially since there's so much that has the potential to drop. It's what the game is built around for the most part. It is an FPS+RPG and that's something I enjoy.

"but there are times when I just stop and see how all of this loot is somehow limiting my enjoyment of what I truly love about Borderlands 2: the actual gameplay mechanics."

"Players want to be continually rewarded; they need a constant reminder that what they are doing is good and that they should continue to do it."

This is such a bad way to put things, You are generalizing people too broadly with that statement. I don't need a constant reminder and being lead like as if it's a carrot-on-a-stick. I do like to get something worthwhile probably from a quest or whatever else, but that's not entirely the reason I enjoy the game. The quest was probably fun and it was the experience and journey that counts. It's a way of progression as well when you are rewarded.
[[And also, yes, because I enjoy the game giving me shinies and not just the guns, the characters, the world and everything else I've stated about the game! (-sarcasm-)]]

"And if loot is our drug of choice, Diablo III’s auction house is our opium den. This allows players to buy and sell rare loot they find on their journey using in-game gold or real money. This is a smart idea on the part of Blizzard; they know their audience and they know that this, as a result, will make them even more money. And for people who love loot, this is another way for them to get more without having to work for it."

^this right here seems to state they enjoy the AH trend of the game and not having to try too hard, not getting gear dropping as it should and not trying too hard and the convenience of gettign the items you want. Please game-god don't let that become mainstream =_= I laugh at people who would and do actually pay real money for anything to do with Diablo 3. But, their money and it's their choice...

I almost feel this was just made as some sort of rant...oh well. to each their own and I really enjoy the game...

ESPECIALLY Torchlight 2! Diablo 3 can be thrown to the fires of hell and not even Diablo himself would play that garbage. :)

Wow I can't believe they'd even bring up and compare D3 to BL2?

I mean really? They do know that the dropoff rate from D3 was because of the always-on and RMAH?!

BL2 is a loot-and-grind shooter. WTF else were they expecting?

If you want to risk getting robbed or trudging through a game when a corporation allows you to, there's always D3 just until Blizzard decides to shut it down.

I can't help but feel as if the article missed the point of BL2.

Borderlands 2 is to shooters what Diablo 2 was to ARPGs. Simple as that. If you don't want to scour loot, play Call of Duty.

yep :) and thank you very much, well said to you as well.

I even read something from a moderator on the Diablo 3 forums about it at one point, but couldn't find it for the life of me now.

It's a single-player game as well, you're supposed to have fun and get upgrades over time, it's what some of these games do and I love hunting for rare or just better loot most of the time (even crappy loot that is entertaining or would be useful in another way is fun to come across!) Diablo 3 did that horribly as to pretty much takes forever to get anything that works well, but if it doesn't have anything to help your survival then it's trash. If it wouldn't take so long i'd actually have a character of each class maxed out before I quit. The gear cusomization sucks as well...

That might be something that Borderlands 2 can do O.o if you want to keep a weapon you like or want to add new stats to a weapon...dammit...won't come true anytime soon =.=

anyways...Loot is something I enjoy, and I love tinkering and getting better stuff down the road, I don't just want to pay for it all up-front and have nothing to show for it. If people want to, more power to them. I like playing my game instead of buying it then buying it some more to shorten the enjoyment and excitement of actually obtaining that gear.

I'm not saying they don't have their own opinion but Borderlands 2 keeps you moving forward in so many kinds of ways. I can't wait for the new DLC and wish I could have refunded my Diablo 3 copy :S I was too blind by the game being fun for the first one or two acts until I noticed the stupid gear-grind (hey, at least this game doesn't HAVE that, and the AH is the gun vending machine XD :P)

I still love loot hunts, though what I will say is that games need to move away from stat-based loot.

I love finding one gun in Borderlands that maybe lights folks on fire and has a nice zoom, and then a completely different gun with a very high rate of fire and great range. It's game changing and very significant when you find good equipment in the world.

Now compare that to most MMO's (and Diablo 3, a game that thinks it's an MMO), which basically treats loot as a means of leveling. The next big drop is nothing more than some stat-boosts and maybe a stray buff here or there that increases dps or survivability. If you get down to brass tacks, it's actually ridiculously shallow.

Basically, I don't necessarily think games need to tone the loot down. I just think they need to make the loot more meaningful....which I guess means I disagree with the article, because I LOVE the loot system in Borderlands.

I love loot hunts. It's what makes the game very re-playable. Something you find in one play-through you won't get in another unless you probably farm that certain boss or area. It all depends on what you want to do or find and use.

About stat-based loot, it might help create a unique character but isn't or shouldn't be the defining aspect of that character (as in ONLY implementing gear with base stats on them [STR/DEX/INT/VIT/+AR]). They might have fixed that, but it still revolves around surviving and flashy stuff added to legendaries haha. It's always about skills and abilities. But, as you said and I agree with, just needs more meaning :D and usefulness I guess.

I'm happy that Borderlands 2 definitely has some guns that have their own unique stats and aren't entirely similar to what the first game had as now the elements matter more than they did before, and you can pretty much choose what you want to use.

Loot is a pro and a con, it can be meaningful depending on the level you are at, and what the weapon is whether you like it or not and if it does enough damage or whatever the hell it is about it, even considering gear. Having weapons drop that are trash doesn't mean they are useless, it just means for where you're at and what you have, you have better or don't want to use it :)

I love seeing orange/purple/light-purple drops :) they actually have a meaning. Hell blue and green ones do at times if they drop and roll something I'm interested in. And whites can be useful as well :)

One of the draws is borderlands 2 incredible amount of loot. It's one of the reasons people loved the first one. And are now loving the 2nd. I mean if u don't like the loot u could always just pass it by. Oh wait, u can't, cause it might just be that one gun, that one u have been waiting for. If u pass it up u might wonder, dang I shouldn't of passed that loot, I wonder what it was. Ya that's why it's so damn addicting.

Not to mention, there are NO other looter-shooters out there.

If they took the loot-grind out of Borderlands it would just be another CoD clone with a comical story and cel-shaded graphics.

I hope Gearbox never uses articles like this one as a way to gauge what they should do for Borderlands 3.

Its the addictive nature of looting thats BL2's biggest draw for me. Waiting to find that real gem in the next box or dropped by the next kill.
Strangely, I can draw so many parallels from this game and Kingdoms of Amalur: Reckoning which was released early in the year.

I have the hardest time throwing away or selling guns in BL2. Even with the expanded backpack slots or bank slots I still find myself having a hard time deciding.

Sure, I have favorites and follow the weapon color schemes, but still...every once and a while there is that one gun that just feels so rare and amazing, even if it isn't all that powerful....

Amen to that. My brain melts when trying to decide if damage and accuracy are more important than rate of fire and reload speed. The red/green arrows help narrow it down, but in the end I just carry around a full backpack of stuff.

The good loot is too rare in borderlands 2. Most of the guns are shit.