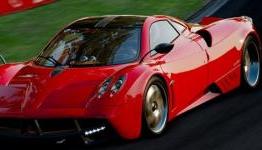 DSOGaming writes: "Slightly Mad Studios launched the World of Mass Development platform – a revolutionary new way to develop games that gave players a backstage pass to see them being made on a day to day basis, allowed them to talk to the team directly, and play regular iterations of the game based on their membership. Now, one year on, they’re pleased to say that both the platform and the first title to be developed using it – Project CARS – are celebrating their first birthday."

dsogaming.com
- Comments (2)+ Comments (2)
TopNewestOldest
The story is too old to be commented.

annual is the root word of anniversary, so putting it in there twice is kinda redundant.

Never managed to get my hands on any of these builds. I feel like such a noob.

Really looking forward to it.

Project CARS 2: What You Need To Know About LiveTrack 3.0 - Green Man Gaming Blog