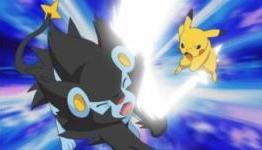 Recently, animal rights group PETA put out an interactive flash game speaking out against Nintendo’s Pokémon series, officially standing against Pokemon capturing, training, and battles. While many poked fun at this and highlighted it as an example of PETA being out of touch, it definitely got us thinking: if Pokémon were real, why wouldn't this conversation come up more? Should Pokemon fighting be banned?

It's a GAME! There's a lot of actual crap going on in the real world, yet they're worried about virtual animals?? They're just lines of code! -_-

I know PETA is crazy. They probably just have nothing else to whine about and are bored lol

It was about this time I just stopped reading...

maybe they still didnt see tokyo jungle....yet :) but yea, they are stupid to worry about games

They're not worried about virtual animals getting hurt, they're worried that pokemon gives younger generations the wrong mindset and encourage animal abuse

Which is stupid as that would require 2 things. 1. Negligent parents and 2. Pre-existing mental issues.

Haha, I was bored and played that PETA game.
I won the first match or so and they're like, "Congratulations! You won the battle, here's your prize!" It was a sad video of abused animals... worst... prize... ever... :'(

Really wow what a great prize lol, see that stuff on TV all the time

Shouldn't Peta be worrying about and helping out real animals?

Besides Pokemon like to battle, if they didn't then they don't have to just like when Ash's Charmeleon first evolved into Charizard. That thing didn't wanna do nothing! :)

I remember that, when it was Charmeleon, and then Charizard too for awhile the thing didnt listen to Ash at all lol.

If I was a Pokemon I wouldn't listen to him either he was a terrible Pokemon trainer. The main purpose of Pokemon was to catch 'em all, and through the first season he only caught like 8 Pokemon.

edit @ below: nice, dude I know what you mean.

He may not have caught them all, or even enough to compare with Gary Oak. But unlike Gary he bonded with all his Pokemon giving them numerous opportunities to grow and become stronger, and made them all feel as if they were apart of a family (something peta easily looks past) that's why when Ash had to finally let Butterfree go, it was such an emotional moment in the series.

Also does Peta realize that many of the Pokemon that were abandoned and turned away from by their original owners, were later rescued and cared for. I think I like the messages shown throughout Pokemon, more than what Peta is trying to prove.

I dont know, they might actually like Tokyo Jungle seeing as no human are in the game and it basically involves the survival of the fittest animal.

PETA stay out of the "funny" headlines and help those poor abandoned animals.

PETA should be all about serious matters...

Except PETA isn't a serious organization at all...

We're talking about an organization that kills over 10,000 animals a year. Not starving, hurt or injured animals mind you, just animals, most of which are household pets that PETA have either stolen directly or from the pound. They kill because they say the Animals are unadoptable...they have no criteria for this justification.

To catch them is my real important test...

To train them is my caaauuusssseee!

They are only doing this to get media attention.....

I can't believe PETA's BS has actually been taken seriously enough for a legitimate discussion about this, it's ridiculous.

Should they ban slaying dragons in fantasy books?

This whole topic is embarrassing. PETA, at it's core, is a great thing. But when they do things like this it makes it look as if they don't take what they do seriously.

I mean, if they were trying to protect animals(which is something we can all agree is necessary), then they should be protecting ANIMALS.

How could they possibly word that and not sound ridiculous?

"We want to put a ban on all forms of Pokemon battling. Think about the animals!"

I laughed at this cuz I pictured Boromir saying no lol

I can't BELIEVE anyone would even entertain this thought for a second. They always do bullcrap like this instead of doing what they should be doing, but they'd probably mess up with that, too.

Someone should make a game where you play as a deranged farmer, and the point of the game is to fuck barnyard animals to death, just for the purpose of trolling PETA.

Nintendo Needs To Step It Up With Pokémon Graphics

The Ugliest Pokemon Across All the Regions

Pokémon Should Go Back to Pixel Graphics