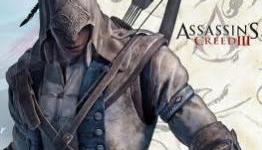 Forbes- The American Revolution, the setting for Assassin’s Creed 3, is one of those moments. I talked to Alex Hutchinson, Creative Director for the game at Ubisoft Montreal. He explained that, at first glance, this might seem like a story that’s only relevant to Americans and the British, but in the end, the American Revolution was an intensely European story. He hopes that they’ve made that backdrop interesting to people from all different countries.

Hutchinson continues to impress me.

Historical Games to Play on the Nintendo Switch

Full Chronological Order Of All The Assassin's Creed Games

10 Most American AF Video Game Characters of All Time