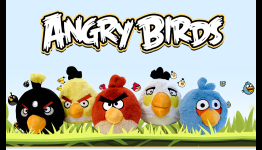 No video game is completely original; Mortal Kombat was inspired by Street Fighter II, Halo was inspired by Half-Life and the Super Mario franchise was inspired by massive amounts of hallucinogens. But then there are some beloved games that weren't so much "inspired by" other games as they were "the exact game, with a minor paint job." Those knockoffs then went on to make millions of dollars.

cracked.com
- Comments (0)+ Comments (0)
TopNewestOldest
The story is too old to be commented.
30°