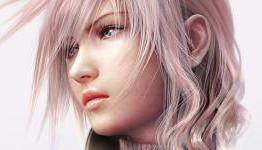 The line-up for this month’s MCM Expo London Comic Con is nothing less than impressive, but with weeks still to go until the event there’s plenty more yet to be revealed. The latest of which is the confirmation of some videogaming celebrity appearances from three of the biggest franchises the industry has yet produced.

electronictheatre.co.uk
- Comments (0)+ Comments (0)
TopNewestOldest
The story is too old to be commented.
50°

All Major Gaming Anniversaries in 2022