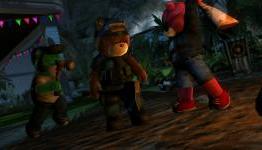 John from We Got This Covered wrote:

"Naughty Bear: Panic in Paradise is a direct sequel to 2010′s Naughty Bear. However, unlike that title, it’s a cheaper downloadable game instead of a more expensive retail disc. This is probably a wise decision, as the gameplay doesn’t have a large amount of depth. While this holds the game back a bit, what’s there is competent, and there is a surprising amount of content packed into it overall."

wegotthiscovered.com
- Comments (0)+ Comments (0)
TopNewestOldest
The story is too old to be commented.
260°26

Top 10 Sequels Nobody Asked For